With the country back in stage 4 loadshedding, here’s how to protect your appliances 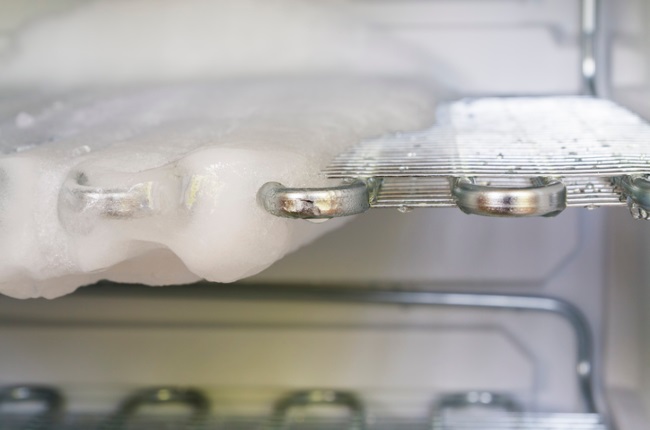 Devices that carry reactive loads, like fridges, tumble dryers, lawnmowers, dishwashers, washing machines, hair dryers and gate motors, normally have an electric motor which is exposed to surges when the power is interrupted.
Maurusone/Getty

Yet again it's become a dreaded part of many South Africans’ day – and it may get worse if Eskom's tentative prediction of a worst-case 100-day loadshedding scenario in winter comes true. But aside from the inconvenience loadshedding causes, there are also concerns about its impact on electric and electronic devices.

Food going to waste, our kids having to study by candlelight and small businesses that cannot afford generators having to close. These are all the effects of rolling blackouts.

“There have no doubt been many questions about how loadshedding affects – possibly even damages – cell phones, geysers, decoders, modems, gate motors and other devices, as well as how you can safeguard yourself against this,” says Anneli Retief, Head of Dialdirect.

“The good news is that, with sufficient knowledge and smart planning, there’s a lot you can do to protect your possessions and your wallet.”

According to energy experts, the effects of load shedding differ significantly from one type of device to the other.

Batteries, used in anything from cell phones and gate motors to alarms and backup systems, are vulnerable to loadshedding. If a battery runs down completely, its lifespan is significantly shortened. In addition, manufacturer’s guarantee batteries for X-amount of charging cycles. More charging cycles caused by loadshedding reduces battery life.

Pure resistance devices, like stoves, geysers, kettles and heaters are unaffected when the power is switched on and off.

Devices that carry reactive loads, like fridges, tumble dryers, lawnmowers, dishwashers, washing machines, hair dryers and gate motors, normally have an electric motor which is exposed to surges when the power is interrupted.

Read more | Tired of loadshedding? This is how you can get alternative access to electricity

Devices like cell phone chargers, decoders, computers, radios and modems use relatively little energy and usually have a power source that converts the high supply current to a lower, direct current voltage. These power supplies are mostly very robust and don’t allow surges to reach the devices. Batteries also tend to provide an extra protective layer against surges. If there’s damage due to power fluctuations, it’s normally only the power source that needs replacement.

Cooling devices like fridges, freezers and air conditioners mostly work with compressors, making them susceptible because pressurised gas could provide resistance and cause damage to the device’s motor when the power is turned back on.

3-phase power systems are vulnerable to load shedding, as one or more of the phases could be lost when power is restored, which could cause 3-phase motors to run unbalanced and burn out. Imbalance in this system could also cause damage to single phase devices.

Dialdirect offers the following advice to protect your devices, your property and yourself during load shedding:

• Switch off fridges and air conditioners during load shedding. As soon as the power has been restored and is stable – i.e. no flickering or dimmed lights – switch on these appliances one by one.

• Switch off any devices that could cause a fire risk if power is restored.

• A UPS (Uninterruptable Power Supply) is a good way to protect your devices. It should keep them powered long enough to shut them down in a safe manner.

• Keep fridges and freezers closed to keep them cooler for longer.

• Have the updated loadshedding schedules on hand so that your family will have enough time to prepare for the power outage.

• Get a few high-wattage solar powered lights for your garden, and a few LED lights for inside. Light is a deterrent to would-be burglars.

• Keep your cell phone charged, or invest in a portable phone charger, so that you can still call for help if you need to.

• If you need to manually open and close your gates when you get home, try to have someone come and meet you at your entrance, or arrange for an escort from your security company.

• Use padlocks, burglar bars and deadbolts to provide an extra level of home security that isn’t power-dependent.

• Alarm systems, garage doors and electric gates generally rely on electricity so make sure that these items all have good back-up batteries.

• Keep a torch or a solar, battery powered light that is charged beforehand in multiple, easily accessible locations around your home. Be sure to also have plenty of spare batteries.

Remember, it’s also important to play your part in reducing pressure on the grid by using energy efficient bulbs and appliances, smart plugs and smart timers, getting your entire household involved in conserving electricity and investing in alternative energy sources like a generator, backup battery system or solar system.

“The golden rule is to proactively think about all the ways in which things can go wrong and plan thoroughly,” Retief concludes. “It’s also vital to have comprehensive insurance in place, should catastrophe strike during load shedding.”

We live in a world where facts and fiction get blurred
In times of uncertainty you need journalism you can trust. For 14 free days, you can have access to a world of in-depth analyses, investigative journalism, top opinions and a range of features. Journalism strengthens democracy. Invest in the future today. Thereafter you will be billed R75 per month. You can cancel anytime and if you cancel within 14 days you won't be billed.
Subscribe to News24
Next on Drum
Each call or SMS ignored means money added to the total amount you owe, warns debt collector