At home with Jonathan “Ziyon” Hamilton 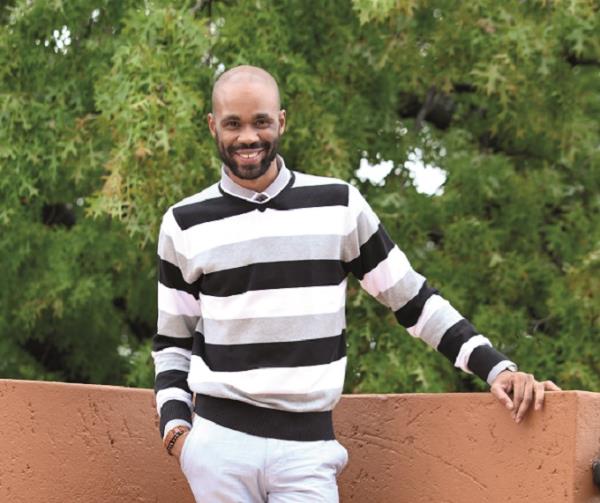 Throughout his childhood the jazzy and soulful sounds of Miles Davis, James Taylor and Donny Hathaway could always be heard pulsating through the air on his sporadic trips to watch drag racing with his father.

Jonathan “Ziyon” Hamilton, co-founder of Liquideep, welcomed  DRUM into his spacious apartment in the northern suburbs of Johannesburg and tells us more about his life.

“My father had a great collection of records and I owe him for my taste in some of the music I listen to,” says the award-winning muso. “As I got older, I would take his CDs when I went out. I don’t know whether he knew whether to be mad or happy that I wasn’t listening to hip-hop.” Ziyon’s mother, Gail, also worked in the music industry as an artist manager and later married renowned music producer Victor Masondo.  “My mother had an office on the most famous street in Nashville called Music Row,” says Ziyon. “There were recording studios and record labels along the entire street.

“My stepfather Victor also had a big impact on my career and today he’s my mentor, always encouraging me to pursue my music,” he adds. “He booked me my first studio time to record my first demo.”

However, it was the years of singing in a church choir that laid the groundwork for Ziyon’s spirituality and love for music. In his late teenage years Ziyon also sang and rapped in a gospel hip-hop group. And now, seemingly coming full circle, he’s back where he started: in a choir. he was a choir master in the second season of Clash of The Choirs competing for the top spot against musicians such as Shugasmakx and HHP. Liquideep was founded in 2007 by Ziyon and Thabo “Rayzor” Shokgolo and it wasn’t long before they began to make an impact among house music lovers on a compilation called Kasi Deep. “Our song went viral and that’s how we got the platform,” Ziyon explains. “The start of Liquideep was pure and true, and completely unplanned.”

Ziyon’s often surprised at how far their music reaches. “The most surprising gig we ever played was The Biltong Festival in some small town in the Eastern Cape,” he says. “It turned out to be a really cool gig - the people from that town can really party.” Ziyon is also an avid cyclist.

When we ask about the lady in his life, Ziyon is reluctant to discuss her. But admits that one day he’d like to get married and start a family. “I used to think I didn’t want kids, but I’d like to leave a legacy,” he says. “Even though I want people to remember me for my music, it would be nice to have a little one running around as well.”

We live in a world where facts and fiction get blurred
In times of uncertainty you need journalism you can trust. For only R75 per month, you have access to a world of in-depth analyses, investigative journalism, top opinions and a range of features. Journalism strengthens democracy. Invest in the future today.
Subscribe to News24
Next on Drum
Be safe and help SA avoid the third wave of Covid-19