KwaZulu-Natal police recovered R2 million worth of drugs at a lab in Durban on Wednesday evening.

The KZN Drug Unit received a tip-off about drugs from Tanzania that were apparently going to be "mixed, packaged and distributed" across the province.

The unit then went to a flat in Berea where a 36-year-old man was found in possession of heroin, according to KZN police spokesperson Captain Nqobile Gwala.

"The heroin drug was found in a packet as well as paracetamol tablets in a jar. The drugs were about to be mixed, packaged and distributed to Durban areas," Captain Gwala told DRUM.

"The total value of the recovered drugs is R600 000, but once mixed the value will be R2 million."

The investigation revealed that the makeshift drug lab is a rented flat.

The suspect, who can't be named until he appears in court, is currently in police custody. He will appear in the Durban Magistrate's Court on Friday. He is charged with manufacturing and dealing in drugs. 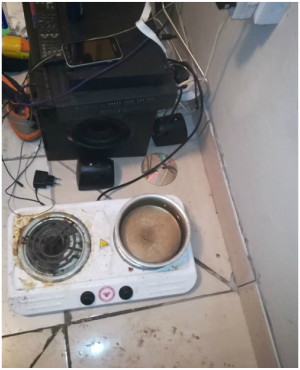 (Pictures supplied by SAPS)
We live in a world where facts and fiction get blurred
In times of uncertainty you need journalism you can trust. For only R75 per month, you have access to a world of in-depth analyses, investigative journalism, top opinions and a range of features. Journalism strengthens democracy. Invest in the future today.
Subscribe to News24
Related Links
Hawks make R1.5m drug bust near primary school in North West
Cops raid drug den, one suspect caught
PMB's biggest drug Bust - All it took was a flat tyre
Next on Drum
From the archives | Reiger Park principal accused of sleeping with students exposed by the community