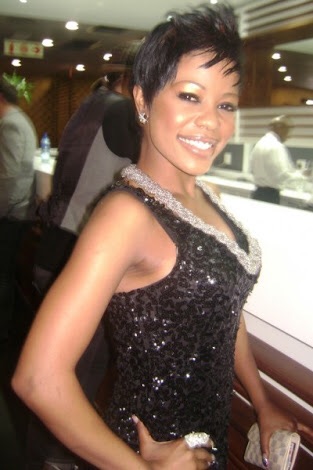 Zandi Khumalo has always loomed in her sister Kelly Khumalo's shadow. Always supporting Kelly and showing  how they love and support  each other.

However, recent allegations are showing Zandi playing the leading role, but this time in a story that involves Metro FM's Siphokazi January and her boyfriend Mhlo Gumede. Sunday Sun reports that Mhlo has dumped Siphokazi for Zandi.

At the recent Metro FM awards nominees party Siphokazi attended the do without her man who came instead with Zandi and her sister Kelly. Speaking to Sunday Sun after the party Mhlo said there is nothing sinister happening between Zandi and himself.

DRUM was unable to get comment from any of the three.  Mhlo and Siphokazi's relationship was brought to the limelight late last year when actress Nomzamo Mbatha was said to have been given a warning by Siphokazi to stay away from her man after seeing raunchy texts between Nomzamo and Mhlo.

Could Zandi be following in Kelly's footsteps when she openly 'snatched' Senzo from his wife Mandisa? Only time will tell. In the meantime here is some interesting facts about Zandi;

- She is also a talented singer like her sister Kelly Khumalo even though she hasn't released any of her own material.

-Zandi was a finalist in a music talent search show produced by Arthur Mafokate in 2013 called U can do it.

- She has been a back singer for her sister for years.

- She is also a stylist and assistant to Kelly Khumalo.