Putco Mafani infront of a bookstand shelved with his book titled, The Price and Prize of Greatness.
Putco Mafani/Supplied

When he recently appeared in Robert Marawa's show to promote his new book, he had no idea the kind of social media backlash he would be unleashing.

He spent most of his life as a radio jock and South Africans have been privy to his public life, but now he wants to share parts of himself in his new book, titled Price and Prize of greatness.

There’s more to this story
Subscribe to News24 and get access to our exclusive journalism and features today.
Subscribe
Already a subscriber? Sign in
Next on Drum
Actress Busi Lurayi's protection order application fails 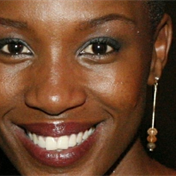