But where are her body parts? Family wants full disclosure not just Favio Hlabangwane’s guilty plea 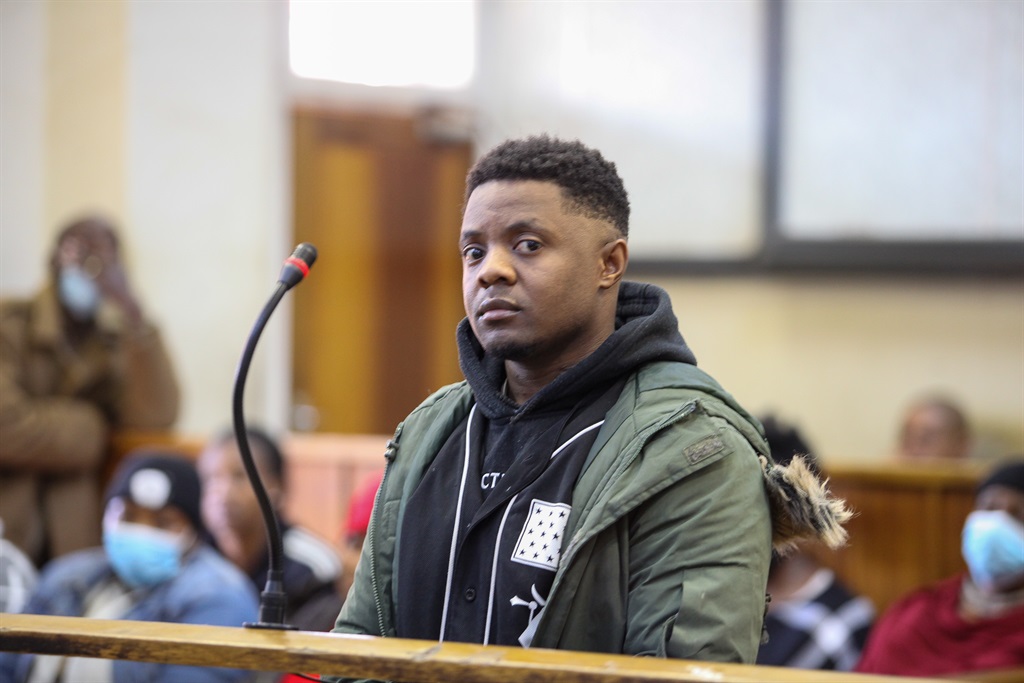 They have been waiting since 2021 to know where the missing body parts of their beloved Tshepang Pitse are, but the wheels of justice are grinding slowly.

The man accused of the gruesome murder of Tshepang, was arrested after his girlfriend discovered Tshepang's body parts in his fridge in Protea Glen.

Some are still missing and the grief is a wound that won't heal until they know what happened to the rest of their daughter's remains, says Tshepang’s aunt, Daphney Joao.

Drum speaks to her after learning that the man who killed and dismembered her niece’s body has pleaded guilty to killing her.

Daphney and her sister are the ones who were doing the preparations for Tshepang’s family, and she says she doesn’t want anyone to go through what they did. She has a lot of unanswered questions and is looking forward to hearing what Flavio will say.

“We are currently not able to attend the court because we do not have money, but we try to catch it on TV when it is on. But with loadshedding, it is getting difficult to watch the appearance from start to finish.

"But we do get a glimpse of what happened. He needs to speak now because when we were still attending at Protea Magistrate's Court he was always looking down and didn’t strike me as a person who will speak. But maybe pleading guilty is a good start,” she says.

The State was this week granted a provisional application to submit hearsay evidence as the trial against Flavio Hlabangwane resumed in the High Court of South Africa, Gauteng Local Division, Johannesburg.

NPA spokesperson Phindi Mjonondwane says Flavio pleaded guilty to killing Tshepang Pitse and dismembering her body. He faces charges of murder, defeating/obstructing the administration of justice, and violation of a corpse.

“The prosecutor, Senior State Advocate Johan Badenhorst, accepted the plea on two of the charges, except for the murder charge. Adv. Badenhorst cited that it was prudent for the state to tender evidence to expand on the allegations levelled against the accused.

"He further added that it was important for the court to hear evidence about the nature of the relationship the accused had with Pitse, so it can assess and evaluate the evidence in its entirety,” she says.

Daphney tells Drum that she is pleased that there is now some sort of direction in this matter.

“We have been hoping for some clarity since 2021 when we were trying to make sense of why he would chop someone," she says.

"I heard that he pleaded guilty but will tell us where the other missing parts are. I am still traumatised by what he has put us through as a family. We have never thought we would bury our child in that state no parent anticipates burying a bone, we all want to give our children and family members dignified funerals.”

She says what they went through as a family is so traumatic they can’t bring up Tshepang’s name without breaking down.

“I wish I could attend his trial I want to see his face. I don’t think he gets the magnitude of the pain he caused us.

"He still has a hold on us and, until we get to hear why he killed Tshepang and where are the missing body parts, we will still be hurting. His guilty plea should have come with an address or a place where we would find the parts, otherwise it is a waste of time. I want to know and when he gets his time to speak, I wish that is the first thing he addresses,” she says.

Tshepang’s father Walter Pitse previously told Drum that he can’t go to court and that he will only go when it is time for judgment. Only then he will speak what is in his heart.

Phindi says the court heard evidence from the first state witness who confirmed that she was Pitse's friend.

We live in a world where facts and fiction get blurred
In times of uncertainty you need journalism you can trust. For 14 free days, you can have access to a world of in-depth analyses, investigative journalism, top opinions and a range of features. Journalism strengthens democracy. Invest in the future today. Thereafter you will be billed R75 per month. You can cancel anytime and if you cancel within 14 days you won't be billed.
Subscribe to News24
Next on Drum
Magistrate fears accused may try to escape if loadshedding continues to leave courts vulnerable