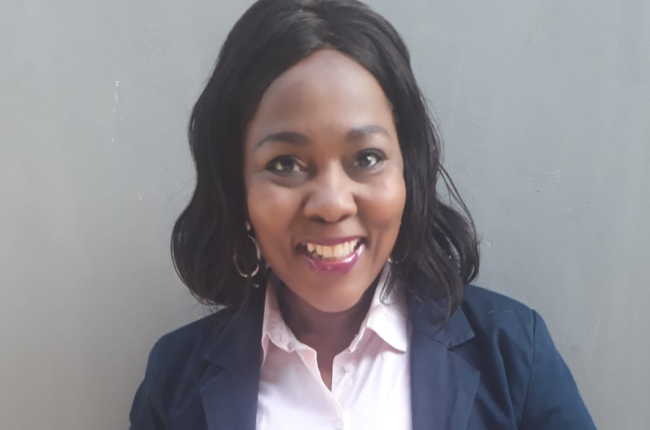 The late Phumeza Pepeta was allegedly killed by her ex-husband.
Supplied

The Pepeta family is relieved that the man accused of killing Phumeza Pepeta was denied bail in the Uitehange magistrate court.

Xolani Mkayi (55) was arrested for allegedly killing her at her father’s funeral in KwaNobuhle, Nelson Mandela Bay, in July last year.

He allegedly went to the funeral dressed in a skirt, heels, sunglasses and a wig only to pull a gun on Phumeza. He was apprehended by mourners and handed over to the police after reportedly shooting her in the abdomen and forehead.

According to family, this was after multiple incidents where he was abusive and stalked her even after they went their separate ways in 2019.

“We are so pleased that he didn’t get bail,” the victim's sister Phelo Pepeta tells Drum.

Two weeks ago, the family learnt that the accused had applied for bail. Mother of two Phumeza Pepeta was shot at her father's funeral.
Supplied Supplied

“It has been over seven months since his first court appearance. We thought that with the evidence against him, the case would be at an advanced stage. Instead, when he applied for bail, it was a complete shock. As it is, he keeps changing his story about what he remembers and what he doesn't,” Phelo says.

After his arrest, Xolani wrote a letter and detailed how he was denied access to see his daughter and how he had suffered because of that.

“You have left me no option but to kill you in order to end the pain and send a strong message to all those refusing or contemplating to refuse fathers access to their children,” he wrote in the letter Drum is in possession of.

The family feared what he would next if he was granted bail.

At the time of her sister's death, Phelo told Drum the fact he could shoot the sister at her father’s funeral and in full view of mourners meant he was a dangerous man.

“To tell you the truth, I don’t know how I am holding up. I have to be strong for my mom, for my niece (10) and nephew (21) who witnessed all of that because he was at the funeral,” she said.

When he applied for bail, Phelo says she went into panic mode and had to prepare her niece and nephew who she now takes care of.\

The late Phumeza Pepeta was allegedly killed by her ex-husband.
Supplied Supplied

“I had a chat with my nephew and niece just to prepare them for what might happen. We could not assume that he would not be granted bail because sometimes our justice system fails us,” Phelo tells us.

Phumeza’s children have slowly adjusted to not having their mother around but the pending court case is a constant reminder of what happened and it's not making the healing process any easier.

“When I asked her [her niece] how she feels about her father getting bail, she said she doesn’t feel safe because of the things the father has done in the past, including killing her mother,” Phelo adds.

The accused will appear in court again on 23 April.

We live in a world where facts and fiction get blurred
In times of uncertainty you need journalism you can trust. For only R75 per month, you have access to a world of in-depth analyses, investigative journalism, top opinions and a range of features. Journalism strengthens democracy. Invest in the future today.
Subscribe to News24
Next on Drum
Keeping it in the family – four brothers contest a Matatiele ward for different political parties