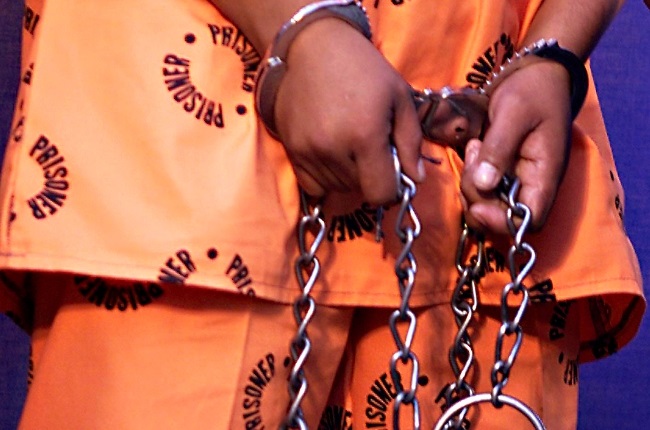 The accused fell asleep next to his victim after the assault.
Mlandeli Puzi

It's become a pandemic - the rape and abuse of the elderly. As they often can't protect themselves, they are vulnerable to attacks.

This was the case for an Eastern Cape pensioner who was attacked and raped by her 27-year-old relative.

Lunga Solani was accused of housebreaking, theft and raping the 85-year-old woman but he told the Centane Regional Court that he only broke in and stole, but denied raping her.

The court heard the granny’s testimony, saying she was getting ready to sleep when she went to the kitchen to switch off the lights.

It is then that somebody kicked her door open and got inside.

The assailant pushed her to her bedroom where he raped her, after severely assaulting her with a stick, strangling and bashing her against the wall, she testified.

The elderly woman fought back, but due to her age, she got tired.

It was alleged in court that Lunga fell asleep after sexually violating the granny and only ran away to his nearby home after 5am.

“By then, the victim had had ample time to identify him. She reported to another relative, that she was raped by (Lunga), and then men from the locality gathered and found him before summoning the police,” the court heard.

Prosecutor Siyabonga Manase submitted a J88 report to the court which showed the elderly woman’s injuries. He asked the court to sentence Lunga to life imprisonment.

But the court sentenced Lunga to 26 years imprisonment for the July 2021 crimes.

“The NPA is of the view that this sentence serves as the desired deterrent to would-be perpetrators of gender-based violence against their vulnerable relatives.”

Last month, a Kwa Zulu Natal granny died after she was raped by a 21-year-old.

The accused was arrested after he was found sleeping naked in the 84-year-old’s bed.

She was admitted to a local hospital where she died two weeks later.

The man had forcefully entered her home in Esibizane Village, at Newtonville location-M, in the Dr Nkosazana Dlamini-Zuma Local Municipality.

Read more | ‘I choose to be a survivor,’ says woman raped by the same elder for five years from when she was 6

Last year, a 37-year-old man was arrested for allegedly raping his 79-year-old grandmother.

He arrived at home around 2.30am and allegedly raped threatened to kill her if she informed anyone about the incident.

’’As a result of injuries sustained during the ordeal, the elderly woman was admitted at Bongani Hospital,’’ police said.

In January 2019, a 20-year-old man was arrested for the rape of his 82-year-old grandmother in Dutywa, Eastern Cape. He had entered the room through the window before allegedly raping her.

In December 2016, a 26-year-old man was sentenced by the Nelspruit Regional Court to 24 years in jail for raping his helpless 86-year-old grandmother and a further three years for theft.

At around 2am on December 30, 2012, the victim was asleep at her home in Pienaar, just outside Mbombela, when she went to investigate a noise and saw that her kitchen door was wide open.

The grandmother tried calling her grandson, but she was suddenly violently grabbed her from behind and raped.

After the grandson had finished raping her, he stole a cellphone and an undisclosed amount of money before running away from the crime scene.