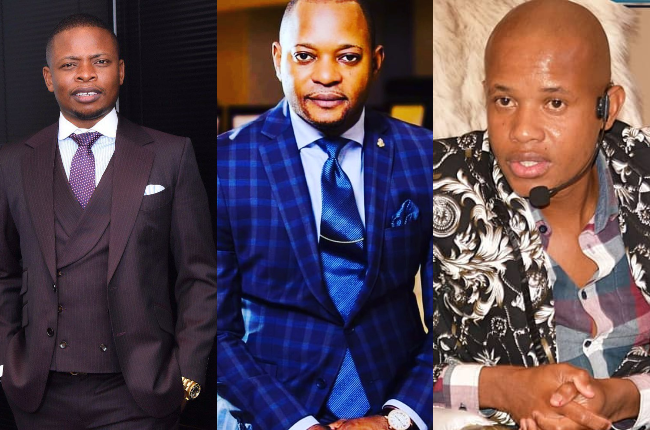 This story previously appeared in the print edition of Drum Magazine and has been updated.

Prophet Shepherd Bushiri and his wife Mary are due to appear in court on Monday on charges of money-laundering, fraud and contravention of the Prevention of Organised Crime Act.

The controversial church leaders were arrested in February 2019 but were later released on bail of R100 000 each.

Although the Malawian-born pastor is controversial,  he’s by no means the only pastor who has been in the headlines for dodgy reasons.

The following men of the cloth have also performed questionable miracles of their own.

His churches Enlightened Christian Gathering (ECG) and Shepherd Bushiri Ministries International Claim to fame His rise to pulpit stardom all started when he posted a video of himself “walking on air” in 2015.

He also shocked followers and foes alike when he bought his then six-year-old daughter, Israella, a Maserati worth over R1 million.

Bushiri was arrested in 2019 for fraud and money laundering along with his wife, Mary. Last year it was reported the charismatic prophet was under scrutiny after members of the church leadership claimed he was sending an estimated R15 million a month to his homeland Malawi – in his R15,3-million private jet.

Big bucks Bushiri also owns a fleet of fancy cars and runs an investment company in Sandton, with interests in mining and property.

The video of him praying over his “dead” congregant, Elliot, then raising him, Lazarus-like, from his coffin went viral – and Lukau, far from being seen as a holy man capable of the impossible, is now a laughing stock.

Claim to fame In 2011 he was accused by several women of saying he could heal them by touching their vaginas – something he vehemently denied. “As a Mosotho man I respect private parts,” he told DRUM.

“That’s why I’ve come up with names like biscuit [vagina] and vuvuzela [penis].” Then, in 2016, he claimed to have visited heaven (complete with picture evidence) and hell and boasted he’d killed the devil. After the Lukau drama last month he challenged the pastor to perform a “real miracle” and raise Nelson Mandela from the dead.

Mboro has four houses and a fleet of cars, including a Bentley and BMW i8. But it’s all above board, he told DRUM. “I also work in TV and radio. When people tithe, I don’t benefit alone – I take that money and invest it in the Kingdom of God. We have built houses and fed the hungry.”

A post shared by Incredible Happenings (@incrediblehappeningsministries) on Nov 1, 2016 at 3:03pm PDT

Claim to fame He fed snakes to his followers in 2016, claiming he could turn them into chocolate, and has also been known to feed his congregants dog meat.

“It is not what goes through the mouth that disqualifies us and defiles us but what comes out of the mouth – the heart matters more than what decomposes [food we eat],” he posted on Facebook.

Claim to fame He was the talk of the town after pictures surfaced of him spraying Doom on his congregants in 2016. This was to heal his followers, he said, and get rid of all things bad.

Claim to fame He made international headlines when he fed his church members rat poison in 2017 to “nourish your bodies” and “heal your sickness”.

“If nyaope boys can smoke Rattex for more than eight years, who are we?” he asked his followers, “Death has no power over us”. Monyeki drank the poison mixed with water and congregants then rushed up to do the same. The prophet posted the pictures on Facebook and the outcry came in from far and wide. There were no reports of anyone falling ill.

WHAT THE AUTHORITIES SAY

The mushrooming of controversial pastors even has President Cyril Ramaphosa a little worried. While on the campaign trail in Cape Town, he said the matter had come up for discussion in government, which would engage with religious leaders instead of “dictating regulations”.

“We are now given an opportunity to engage faith-based organisations on how can we work together to ensure we rid our country of bogus religious leaders who are taking our people for a ride, who are doing things that are so shocking and hoodwinking people into believing they raised someone from the dead.”

Thoko Mkhwanazi-Xaluva, chairperson of the Commission for the Promotion and Protection of the Rights of Cultural, Religious and Linguistic Communities, has gone head-to-head with some of the most controversial pastors in the country and says religion and particularly Christianity is in crisis.

In 2019, two people were charged with fraud in connection with the hoax resurrection at Alleluia Ministries International.

Nkululeko Dlamini, 35, and Silungisani Grace Sibanda, 40, later had their case withdrawn on 17 July by the Johannesburg Magistrate's Court.