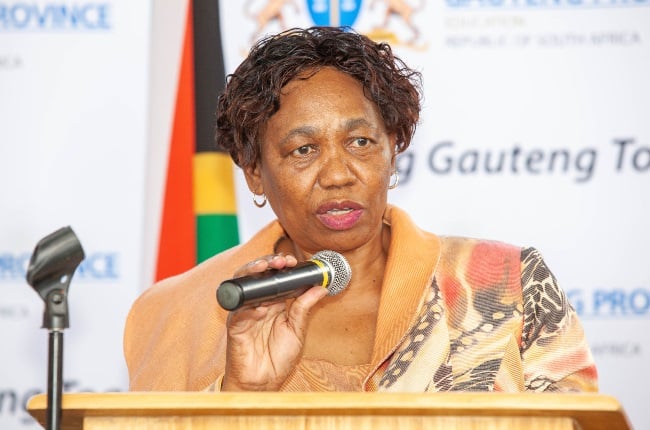 The thousands of children in early childhood development centres across the country who are far behind their peers developmentally won't just struggle in big school. They will struggle to find employment when they are older, be at higher risk of getting diseases like diabetes and hypertension, and find themselves trapped in intergenerational cycles of poverty.

It's not just that they are struggling to grasp learning concepts they should master at the age of four or five. But physically, too, 65% of 4-5 year-old children attending Early Learning Programmes (ELPs) in South Africa are lagging behind, a new survey, the largest ever conducted in SA, has found.

Early learning and physical growth are both important measures because they influence a child's ability to succeed at school and beyond.

But many, many children are not meeting the expected early learning and/or physical growth standards for their age and will start Grade R at a considerable disadvantage, with possible long term implications for their education, according to South Africa’s largest ever survey of preschool child development, the Thrive by Five Index in which more than 5 000 children aged 4-5 years enrolled in various types of Early Learning Programmes (ELPs) around the country were assessed in three areas: early learning, physical growth, and social emotional functioning.

Less than half of 4-5 year olds are on track for learning. The Index reports that 55% of children attending ELPs are not able to do the learning tasks expected of children their age, with 28% of children falling far behind the expected standard.

Children’s physical growth – measured as their expected height for their age – and social emotional functioning were also assessed.

One in four children (25.1%) showed signs of long-term malnutrition, which presents itself as stunted physical growth.

Stunted children on average perform worse at school than their non-stunted counterparts, and are more likely to be unemployed as adults.

They are also at higher risk of getting diseases like diabetes and hypertension and are vulnerable to being trapped in intergenerational cycles of poverty.

For social emotional functioning, the Index found that 27.5% of children did not meet the standard when it came to age-appropriate social relations with peers and adults, while 33.4% were found to not be emotionally ready for school.

Children from poor households are disadvantaged before formal schooling starts

The Index found that while there are instances of considerable variation in performance within income groups, on average children from poorer households are falling behind their better off peers as a result of the challenges they face in their earliest years.

Children thrive by age five when, from birth, they experience a nurturing and safe environment, and they have access to quality healthcare and nutrition, as well as opportunities for learning - both in the home and in ELPs.

Urgent action is needed from all sectors in South Africa

The Thrive by Five Index partnership has called for urgent collective action to decrease the performance gap between young children in the richest and poorest households at the point of entry into school; and to increase the percentage of young children in South Africa who thrive by five, setting more children up for success.

“The Thrive by Five Index has truly thrown into sharp focus the importance of the work of ECD in moulding and shaping the nation’s future leaders, moreover the index will enable the DBE to track progress in providing integrated services that lead to improved child outcomes over the next 10 years,” says Basic Education Minister, Angie Motshekga.

The private-public partnership to create the Index was forged, because early childhood development needs and services are interdependent. Ensuring that all children in South Africa are developmentally on track by the time they start school requires collaboration between multiple government departments, as well as the corporate and non-governmental sectors, community organisations, and researchers.

The Index was initiated by First National Bank (FNB) and Innovation Edge, in collaboration with the Department of Basic Education (DBE), and is supported by the United States Agency for International Development (USAID) and ECD Measure.

The DBE assumed responsibility for the support and regulation of ELPs on 1 April 2022. This role was previously held by the Department of Social Development.