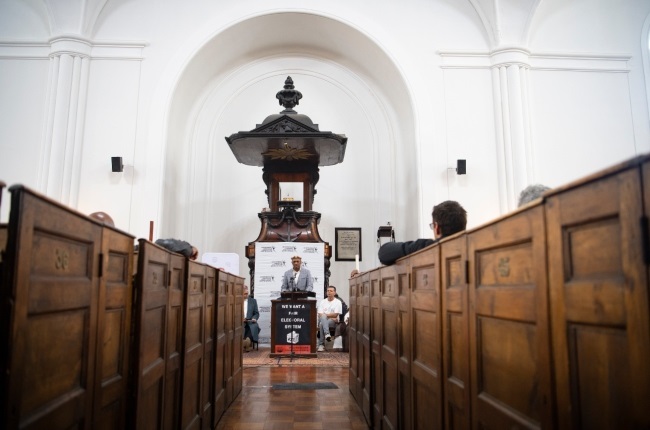 Churches have been attacked by robbers and gunmen recently.
Jaco Marais

Church. A place where people go to get spiritual upliftment and feed their souls. The loudest bangs you expect to hear there are from drums as the worship team leads the congregation in song.

However, in recent weeks and months there has been a rise in shootings and attacks at churches.

The most recent incident was when six armed robbers stormed into the Seventh-Day Adventist Church in central Johannesburg and allegedly took phones, cash from the congregants and the offering.

The Commission for the Promotion and Protection of the Rights of Cultural, Religious and Linguistic Communities (CRL Rights Commission) has condemned the attacks on churches.

“There can never be any justifiable reason whatsoever for anyone to attack a place of worship. The Commission sees these types of attacks as acts of serious assault on the Gospel of Jesus Christ and a constitutional violation of the rights of those believers who use it for their religious reasons.

“Deplorably, this unpleasant incident demonstrates such an enormous loss of moral compass in pursuit of personal selfish and criminal interests, undoubtedly, an attack on the spiritual principles of peace and love for one another which are the basis that should regulate and guide our existence, and human interaction and co-existence,” they said in a statement.

Chairperson Professor David Mosoma describes the attacks as “total contempt” of a place that is held in high regard by the believers who use it for fellowship and their worship services.

The Commission appeals to the law enforcement agencies not only to find the people who committed this despicable act but also to give them the harshest punishment.

The pastor was interrupted at the Seventh-Day Adventist while he was preaching.

Speaking to The Star, church deacon Prince Thebe said: “We were just in the middle of the service, and about six guys came in, pointed guns at us, and started asking money for offerings and cellphones.

“When the first guy came in, he went to the front seat, and while sitting there, he kept looking around and moving seats. The other deacon went to him and asked him what he wanted. He said, ‘I’m visiting, and I don’t know where to sit.’ He then suddenly stood up and went out."

In October, 50 congregants were worshipping during an overnight prayer session when the gunmen launched their attack just before midnight, at around 11.45pm in Diepsloot.

After opening fire on the congregants, two churchgoers were injured and the pastor was killed.

Pastor Vincent Skhakhane was killed at the Holiness Christian Revival Ministries during a prayer service.

Diepsloot senior Pastor Thulani Mzila told Drum after that they are still struggling to come to terms with his death.

"He was a man of God and he extended himself towards the teachings in the house of the Lord, he didn’t deserve what happened to him."

The late pastor Skhakhane wasn’t fighting with the robbers, according to Pastor Mzila, he was pleading with them not to shoot anyone.

He says the two previous times when they were robbed, the thugs took the congregations’ phones and belongings.

“Everyone is scared to come to church because of what they witnessed that evening, and we do not blame them. There is still blood in the church, we must go clean.”

Pastor Mzila told Drum the robbers came in at around 11:30pm.

Three guys with guns shot in the air twice and told everyone to lie down in their stomachs.

"We did as they told us, and they started to search everyone, took phones, and other stuff that they thought was valuable," he says.

“Unfortunately, while they were searching us a light went off. I don’t know if someone switched it off deliberately. That is when Vincent started to scream, shout and pleaded with them not to kill us, and said that they can take whatever they wanted, as long as everyone in the church will be safe.

"That is when they focused on him, he got up, and they shot him and continued to search people while his body was lying there. They used their phones as torches and didn’t care that some kids and women were scared for their lives,” he said at the time.

In June five people were killed after attackers stormed a church, reportedly amid an argument over its leadership.

The police said they had rescued men, women and children from a "hostage situation" on the outskirts of Johannesburg.

Eyewitnesses told police the men who stormed the International Pentecostal Holiness Church were part of a splinter group.

The church's leadership has reportedly been the subject of infighting since its former leader died in 2016.

We live in a world where facts and fiction get blurred
In times of uncertainty you need journalism you can trust. For 14 free days, you can have access to a world of in-depth analyses, investigative journalism, top opinions and a range of features. Journalism strengthens democracy. Invest in the future today. Thereafter you will be billed R75 per month. You can cancel anytime and if you cancel within 14 days you won't be billed.
Subscribe to News24
Next on Drum
Texts messages and voice notes detailed in court as Flavio Hlabangwane's trial continues