Simphiwe Dana and Ntsiki Mazwai at it again Round 2 of the Simphiwe Dana and Ntsiki Mazwai twar kicked off on Wednesday morning.

The controversial personality, Ntsiki Mazwai is taking out all of Simphiwe’s alleged skeletons in her closet. The poet threw serious allegations at Dana, saying the songbird basically “slept her way to the top”.

The accusations were made on twitter on Wednesday morning after Simphiwe called the poet out in a tweet.

This follows their fall out on the same social platform on Monday .

Simphiwe’s tweet read: "You're out here behaving like tabloids with your baked files. You have reduced your whole career to this. Pls stop."

That tweet got Ntsiki fired up  and ready for the second round.

Ntsiki went at Dana with a series of tweets revealing shocking things. Ntsiki continued to tweet that she didn't sleep with any men to get to where she is: Twitter user, @ChwayMadikane, had her own piece of cake when she shared information with regards to the situation: 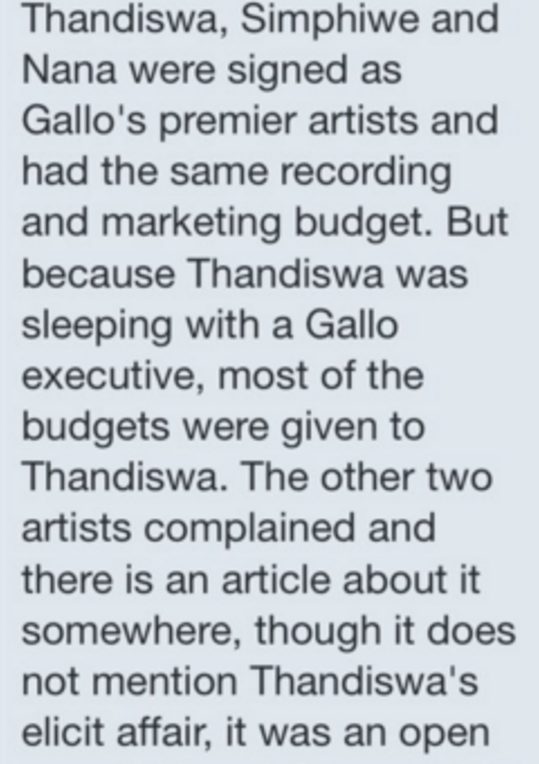 However, Simphiwe Dana’s team has released a statement that Dana will be taking legal action against Mazwi.

There are various tweets that imply that Simphiwe Dana is an alcoholic and has slept her way to the top, Simphiwe distances herself from these tweets as they are false and are defamatory.

Moving forward, Simphiwe Dana will be taking legal action against Ntsiki Mazwai for her tweets, as they may cause irreparable reputational damage to her personal brand and that of other brands that are in partnership with Ms Dana.

This is not the message that we want to send out to the young future leaders of South Africa and Africa as a whole about Simphiwe Dana’s character. Simphiwe Dana stands for hard work, ambition, dedication, perseverance and the right support to become successful as is proven by her social activities and involvement.

We live in a world where facts and fiction get blurred
In times of uncertainty you need journalism you can trust. For 14 free days, you can have access to a world of in-depth analyses, investigative journalism, top opinions and a range of features. Journalism strengthens democracy. Invest in the future today. Thereafter you will be billed R75 per month. You can cancel anytime and if you cancel within 14 days you won't be billed.
Subscribe to News24
Next on Drum
What can university students do if they find out the courses they registered for aren’t accredited?