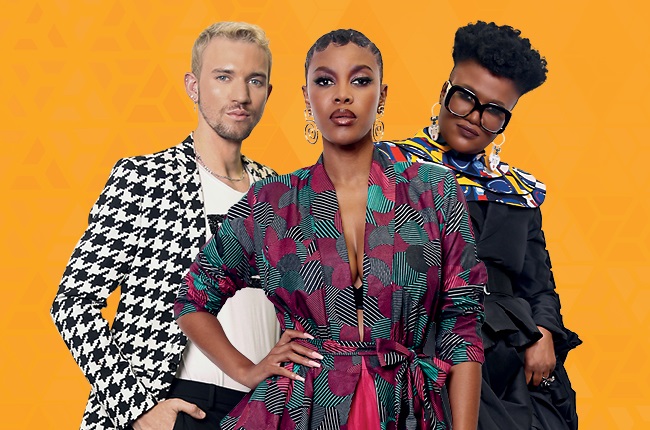 South Africa’s TV and radio darling Luthando “LootLove” Shosha hosts a brand-new televised fashion design competition, Battle of the Ankara. The show, which is filmed at Cape Town’s FEDISA Fashion School and will air on DStv’s HONEY channel (173) every Friday at 4pm, brings together ten of Africa’s most talented designers to fight for the top spot in a competition inspired by Ankara fabric. Shosha brings an edgy yet fitting feel to the show, which is different to some of the work she’s done before.

We caught up with the host to find out more about the show.

The shows you’ve done before have been quite different; does doing a show like Battle of the Ankara feel different?

This is my first time hosting a show of this calibre and it was so interesting experiencing a competition from the other end, both as a judge and a host. It really opened up my eyes to how much talent we have and how you’re really contributing to someone’s future.

What was the most exciting part of shooting the show?

Watching the talent grow, watching these designers discover new sides of themselves and also watching them become a family.

Where do you think the future of African fashion is going?

I think the most exciting thing bout African fashion today is the “audacity”. Africa is really where all the creative nice is at and right now, designers are braver then ever, bolder than ever and are literally fearless. African fashion is taking over the world, and not from the background… It's finally moving to the forefront and standing tall.

What are three things you are obsessed with right now?

This is terrible to admit but my crocs, finger waves and bringing on "The wife".

Where to now for LootLove?

To the TOP (Laughs). On a serious note, this phase of my life is really about just being present.

Catch Battle of the Ankara Friday every Friday at 4PM on DStv 173. Watch promo here and follow @honeyafricatv online.

We live in a world where facts and fiction get blurred
In times of uncertainty you need journalism you can trust. For 14 free days, you can have access to a world of in-depth analyses, investigative journalism, top opinions and a range of features. Journalism strengthens democracy. Invest in the future today. Thereafter you will be billed R75 per month. You can cancel anytime and if you cancel within 14 days you won't be billed.
Subscribe to News24
Next on Drum
Don’t drown in debt – get help