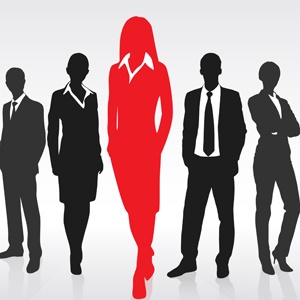 Does gender really play a role in investment performance? A study taking in about 57 000 funds launched globally over 10 years by Morningstar into the performance of new funds suggests that female fund managers attract more money than their male counterparts. The researchers don’t think that this is because we naturally trust women more with our money. Instead, one theory they have is that it is so hard for female fund management professionals to get ahead in the investment industry that it is a case of survival of the fittest. Exceptional talent is required for women to make their mark as asset managers. As investors are attracted to the higher-performing fund managers, it stands to reason that investors are more likely to end up opting for a female fund manager. The other, less kind, theory is that women attract assets because they tend to work within an investment team – and investors are attracted to larger teams. That hypothesis will be put to the test in another research project soon, says Morningstar. Women have been traditionally under-represented in the asset management sector and there is pressure on companies to redress the imbalance. For investors considering putting cash into a new fund, this research suggests it might be worth paying close attention to the gender of the fund manager when making a final selection. – Jackie Cameron

Female portfolio managers tend to garner more assets. The inherent trait of a manager’s gender affects flows into a fund. To determine an investor’s perception of a portfolio manager’s gender, we calculated the probability of being female, given a first name and birth year. For a team-managed fund, we used the highest probability of all the fund’s managers. Instead of using a binary indicator variable, the continuous probabilities can tell us about an investor’s perception of gender. If investors can automatically assume a portfolio is managed by a woman, do they prefer that fund more than a fund with less clear information regarding the manager’s name? In doing so, we can test whether there is an overall investor bias for female portfolio managers.

Our study suggests gender does matter to investors. Flows follow women portfolio managers for equity and fixed-income asset classes. Our hypothesis for why there is this preference for female management corroborates previous Morningstar studies with our data. Last year, the “Fund Managers by Gender” report determined women are underrepresented in the fund management industry relative to other professions (see Lutton, Davis report below). Therefore, we assume women face significant headwinds in advancing their careers in the financial industry. So, the average woman who does advance to become a portfolio manager should be higher performing than the average male portfolio manager. Our reasoning implies a female portfolio manager signals to an investor higher management skill, which is represented by a positive association between flows and gender. As the demographics of who is in control of private wealth change to become more split between men and women, we we expect to see preference for female portfolio managers to be positive and grow over time (Lutton, Davis).

While we can logically reason why an investor may prefer a female portfolio manager, we find mixed effects when studying gender’s correlation to higher forward star ratings among new funds. Intuitively, the results make sense. We do not expect gender to be a suitable proxy for skill. A portfolio manager is not inherently better at managing a fund because of gender, regardless of the headwinds faced in a manager’s career development. Therefore, we are not surprised to see inconclusive results. A potential counterargument to our findings is the fact that women are more likely to be part of a management team rather than managing a fund solo. Therefore, our findings could be suggestive that investors simply prefer larger management staffs over small ones. Because we did not control for team size, we cannot rule this possibility out. However, arguments from Lutton, Davis (2015) support our hypothesis that there is likely a preference for female portfolio managers and greater diversity in general. We plan to investigate further the relationship between gender and the fund management industry in a paper later this year. Hopefully, that work will more concretely address the role that gender has to play in fund management.

Related Links
Women are living longer which means they must save stronger
Are you a woman bully? Maybe you have the queen bee syndrome
We stand on the shoulders of giants - Lindiwe Zulu
Share
Next on Fin24
'Damage was already done' to SA economy, even before lockdown extension - analyst

See all newsletters
Voting Booth
How has Covid-19 impacted your financial position?
Please select an option Oops! Something went wrong, please try again later.
I'm not really directly affected
20% - 226 votes
I am taking a hit, but should be able to recover in the next year
26% - 295 votes
My finances have been devastated
29% - 339 votes
It's still too early to know what the full effect will be
25% - 293 votes
Previous Results
Covid-19 Money Hub
Covid-19 Money Hub - answering your business and money questions during the crisis