How Treasury wants tech to boost the SA economy 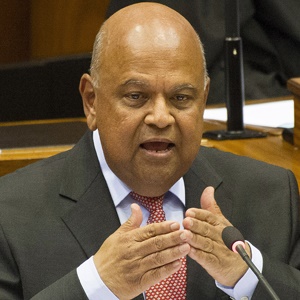 Pretoria - The rapid era of technology we live in has the potential to bring more services to people, more cost-effectively, Finance Minister Pravin Gordhan said during his 2017 Budget Speech to Parliament on Wednesday.

“We live in an era of rapid technological change. Three new banks have been granted provisional licences, including the PostBank, and two new stock exchanges. Their business models are based on technological innovation with potential to bring services more cost-effectively to more people,” Gordhan said during his speech.

Gordhan was making reference to the granting of exchange licenses for stock exchanges ZAR X and 4AX, as well as plans afoot for the Post Office’s financial services unit, which is set to become a bank by as early as July.

ZAR X officially kicked off trading this week with the listing of agriculture company Senwes.

Through its technology, ZAR X is the only stock exchange in Africa to offer real-time settlement, by which shares are bought immediately after transacting, reducing trading risk for buyers and sellers alike and promotes liquidity.

Gordhan also said during his speech that in order to boost investment in the short term, one of several imperatives is the implementation of the transition from analogue to digital television – a process which would release spectrum for broadband services.

In October last year, the first phase of the Analogue Switch-Off (ASO) and migration to digital broadcasting took place in the Northern Cape.

The Square Kilometer Array (SKA) area in the province also became the first area in the country to switch off its analogue signal.

Analogue transmitters were switched off in Van Wyksvlei, Brandvlei, Williston, Vosburg and Carnarvon, while a door-to-door Set-Top-Box (STB) registration campaign was initiated for the core SKA town, started in April 2016.

At the same time, government recently made a push for the newly Cabinet-approved ICT white paper, which has called on mobile networks to give up key broadband spectrum to a single, countrywide wireless network. The proposed measure, though, has received mixed reactions from industry role players and mobile network operators.

We live in a world where facts and fiction get blurred
In times of uncertainty you need journalism you can trust. For only R75 per month, you have access to a world of in-depth analyses, investigative journalism, top opinions and a range of features. Journalism strengthens democracy. Invest in the future today.
Subscribe to News24
Related Links
Budget 2017: Choice between reducing deficit or growing economy
Entrepreneurs should look for opportunities in Budget 2017
JSE shows modest losses as market holds breath for Budget Speech
Next on Fin24
All you need to know about #Budget2018 - AS IT HAPPENED