#Budget2019: Cosatu says government failed to 'rise to the occasion' 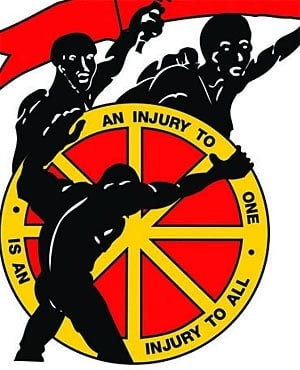 The Congress of South African Trade Unions has criticised Finance Minister Tito Mboweni for failing to "rise to the occasion" in his maiden Budget speech and provide a clear plan on how to tackle the economic crises stalking the country.

Responding to the Budget, the federation said the speech provided no clear plan on how to tackle the dire financial challenges faced by state-owned entities, wasteful expenditure and a plan on how to stimulate the economy.

"There is not a clear plan to tackle these massive crises that threaten the very survival of the state and risk plunging the economy back into recession," Cosatu said in a statement.

"In short, Cosatu believes that government did not rise to the occasion."

Cash-bleeding state-owned companies, such as Eskom and the national carrier SAA, have been draining the fiscus through numerous cash injections and government guarantees. Mboweni, who took over as finance minister in October, announced a R69bn financial support package for Eskom over three years, which was welcomed by the federation. The funds would released in tranches of R23bn per annum.

"Government needs to assure workers that Eskom and the SOEs will not be privatised and that workers will not be retrenched… Eskom and other SOEs can and must be saved," Cosatu said.

"Workers and the economy cannot afford for Eskom to collapse," it added.

As a vocal campaigner against job losses, the labour movement lambasted Mboweni for glossing over the issue.

"Minister Mboweni barely touches upon how government will ensure that their [employment] and investment targets are met. He does not mention how many jobs have been created or will be created."

Last week, the federation held demonstrations in major cities to protest job losses and unemployment, including the unbundling of Eskom, which was announced by President Cyril Ramaphosa this month.

Cosatu believes the splitting of Eskom into three units, responsible for generation, transmission and distribution respectively, would lead to job losses and not solve the firm’s financial challenges.

"We had hoped to hear from the minister that he would ensure the Reserve Bank emphasises both protecting and creating jobs, and growing the economy; in addition to protecting workers from inflation in its work."

The federation welcomed the infrastructure cash injection, but warned against looting in the allocation of contracts. Over R30bn has been allocated to build new schools and maintain infrastructure.

We live in a world where facts and fiction get blurred
In times of uncertainty you need journalism you can trust. For 14 free days, you can have access to a world of in-depth analyses, investigative journalism, top opinions and a range of features. Journalism strengthens democracy. Invest in the future today. Thereafter you will be billed R75 per month. You can cancel anytime and if you cancel within 14 days you won't be billed.
Subscribe to News24
Related Links
Cosatu: March over job losses a taste of things to come
Ramaphosa could use Davos to apply pressure on Zim govt - Cosatu
Cosatu warns Jobs Summit could be 'damp squib'
Next on Business
BUDGET WRAP | 'Boring but responsible' - finance minister gets thumbs-up from economists