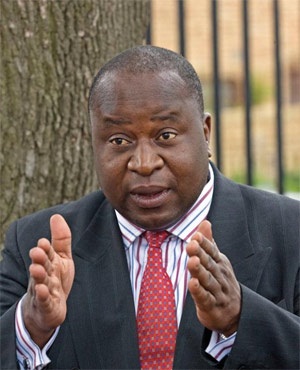 The African National Congress in Gauteng said it expected government to continue pursuing a solution to the electronic tolling debacle that does not overburden motorists.

The party's provincial structure released an optimistic statement about Minister of Finance Tito Mboweni's remarks on the Gauteng Freeway Improvement Project (GFIP), during and on the sidelines of his Medium-Term Budget Policy Statement.

The project to upgrade Gauteng's freeways cost government billions. However, most of the province's motorists rejected the e-toll system which was introduced to collect money to pay for the improvements.

During his speech, Mboweni said Cabinet considered "several options" to resolve the impasse over the GFIP and ultimately decided that the "user pay" principle should remain in place as way to pay for the freeway upgrades.

"Not paying your tolls has already led to our roads deteriorating. We have been unable to maintain the network. I urge the nation to please pay your bills. We need to build a culture of payment, as government services can only be sustainable if all of us that can pay for services do so," Mboweni chastened.

While Mboweni was clearly sticking to his guns on the user pay principle staying in place, the Gauteng ANC read into the minister's remarks a willingness to explore other options.

"We welcome the fact that after considering several options to resolve the impasse around e-tolls, Cabinet has committed to a reconfigured approach to the GFIP," the Gauteng ANC statement said.

Earlier this year, Mboweni became involved in a public spat with Gauteng Premier David Makhura after tweeting that users of e-tolls must pay. "I don’t know why the middle and upper classes in Gauteng want to complicate our lives. The working class do not pay e-tolls!! Public transport! Hello…"

Makhura, who supported the abolishment of etolls, in turn tweeted that he had referred the matter to President Cyril Ramaphosa for "final resolution". He added that Mboweni was just a minister, and not the president.

Mboweni tweeted that Makhura should not "pick a fight" with the finance minister, who is in charge of provincial allocation.

In her response to Mboweni's comments on e-tolls, Bowmans tax partner Patricia Williams says government also needs to extend that sentiment to non-payment of other services.

"When it comes to Minister Mboweni's comments within the context of e-tolls that 'we need to build a culture of payment', this should be applied to municipal services such as water and electricity," says Williams.