Mboweni: Pray we don't get a downgrade 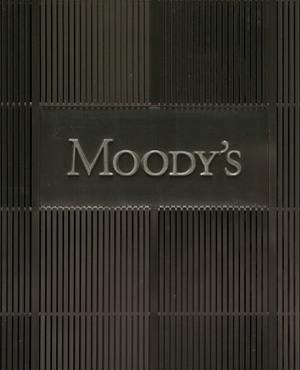 Finance Minister Tito Mboweni called on the African Christian Democratic Party to pray so that ratings agency Moody's will not downgrade the country's credit rating.

The minister on Thursday briefed members of the standing committees of finance and appropriations, as well as their sub-committees, on the medium-term budget policy statement.

Mboweni spoke frankly on the country's escalating debt. "If we don't manage this debt to GDP ratios very well, we will be burdening future generations," he said. The debt-to-GDP ratio in 2016/17 was at 50.6%. It is now "galloping" towards 80% of GDP, he warned.

When asked by MPs how ratings agency Moody's will view the situation, Mboweni responded that Fitch ratings was "not impressed" and that he would wait on Moody's review due on Friday.

"They (Moody's) will be looking at our fiscal stance. We will see what they say.

"At the most, I hope they keep the rating where it is. But I will ask the ACDP to help me in prayers, it is not looking good. But we will keep their prayers," Mboweni said.

Moody's is the only ratings agency which has SA rated at investment grade at Baa3 with a stable outlook.

Normally Treasury's staff would brief Moody's ahead of the tabling of the medium-term budget policy statement. Mboweni said he asked them not to this time, as the country is in a "difficult situation" and he did not want there to be any misunderstandings.

Economists aren't very optimistic on the credit rating either.

FNB senior economist, Siphamandla Mkhwanazi, said that SA's sovereign debt is continuing to rise at unsustainable levels. Government is increasing its borrowings to help finance a widening budget deficit, Mkhwanazi said. According to the medium-term budget policy statement, gross loan debt is projected at 60.8% of GDP in 2019/20, and 71.3% in 2022/23.

Earlier this week, at a media briefing ahead of the tabling of the mini budget, Mboweni told journalists that ideally the debt-to-GDP ratio should be around 30%. "Once the debt-to-GDP level breaches the 60% level we should be concerned," he said.

Similarly, Mkhwanazi pointed out that the severe deterioration in the fiscal deficit will be viewed as credit negative. "[This] may well embolden Moody's to place SA's sovereign rating on a negative outlook. Moreover, we are of the view that the likelihood of a downgrade to sub-investment grade over the coming months has risen substantially," Mkhwanazi said.

Head of RMB global markets research Nema Ramkhelawan-Bhana, said in a note on Friday that with the gross loan debt breaching 70% in 2022/23, there is now a 60% chance that Moody's will downgrade the outlook.

"It's likely that post the budget and, in response to Treasury’s assessment that debt no longer stabilises, the probability of an outlook change has increased. However, we are still 100% sure there will not be a downgrade in November – and almost as certain with respect to March," she said.

"In our view, a downgrade in June/July next year would be possible but aggressive, and a downgrade only really becomes likely from November 2020 onwards."

Momentum Investments, head of investment research and asset allocation Herman van Papendorp, also noted that Moody's may downgrade the outlook from stable to negative and then downgrade the rating to junk later in 2020 or 2021, if it appears there is no commitment to fiscal recourse in the form of cutting the public wage bill and introducing additional tax measures.

Van Papendorp added that Moody has included Eskom's government-guaranteed debt under the country's debt, so if government takes on Eskom's debt it should not have a negative impact on the rating.

But Investec chief economist Annabel Bishop warned that South Africa still faces a risk of being junked on Friday - with Moody's bypassing the outlook downgrades.

"We had expected a drop in SA’s outlook to negative from Moody's, meaning SA has up to two years to repair its government finances to avoid a downgrade into the sub-investment grade category of Ba1 and below," she said. However, Moody's could downgrade SA outright on the basis of the fiscal deterioration that was projected in the medium-term budget policy statement, she added.

We live in a world where facts and fiction get blurred
In times of uncertainty you need journalism you can trust. For 14 free days, you can have access to a world of in-depth analyses, investigative journalism, top opinions and a range of features. Journalism strengthens democracy. Invest in the future today. Thereafter you will be billed R75 per month. You can cancel anytime and if you cancel within 14 days you won't be billed.
Subscribe to News24
Related Links
SA may lose Moody’s stable outlook. But it’s a close call
WATCH: How will the mini budget impact you?
SA business activity improves slightly, new survey shows
Next on Business
BUDGET WRAP | 'Boring but responsible' - finance minister gets thumbs-up from economists