How smokers in France are saving €45 a month Strabourg - Smokers in France are increasingly hard-pressed as cigarette prices soar and smoking bans proliferate. In areas like Alsace they are finding solace across the border in Germany where cigarettes are much cheaper.

The tobacco business is a classic example of the weaknesses in European policies: some traders are cast into poverty while others see their business boom.

Tobacconists in the German state of Baden-Wuerttemberg just across the border from the French region of Alsace-Lorraine are making a killing from the differences in cigarette prices between the two countries.

"An Alsatian saves up to €1.50 ($1.68) per packet of cigarettes here," said Mehmet Tekinbas, who owns the largest tobacconist shop at the train station in the border town of Kehl. "For a heavy smoker that makes a saving of €45 a month on a pack a day if he buys his cigarettes in Germany," he adds.

On the French side of the border tobacconists are fighting for their existence. In just the past year, 20 shops have closed, according to the Tobacconists Association of the Lower Rhine area around the Alsatian city of Strasbourg.

"Not only are cigarettes cheaper in Germany, the profit margins for the traders are bigger there," says association chairman Patrice Soihier in Strasbourg.

In Germany, profit margins are more than 10 per cent, while in France they are just 7%, meaning a French tobacconist makes just 45 cents per pack.

The demise of the French tobacconist started in 2002 when the government raised taxes and prices. Since then, cigarettes have increased in price by 80%, while 80% of the cost of each pack goes to the French tax authorities. In Germany the amount of tax is 75% of the cost of a pack.

It is no surprise that most of the customers in the tobacco shop in Kehl are from France. The German businesses tout for the cross-border trade with signs in French, saying "Ici mons cher" (cheaper here), or even naming their shops in French, like Tekinbas' Tabac de la Gare (Railway Station Tobacconists).

Smokers can find whatever they want in the 100 square metres of floor space at Tekinbas' store.

German traders also give their regular shoppers little gifts like lighters, which is unheard of in France. "Even the smallest box of matches given away for free is strictly forbidden here," complains the owner of the Au Pascha tobacconists in the centre of Strasbourg, Jonathan Muckensturm. "If I were caught, there'd be a nice juicy fine to pay."

Au Pascha struggles on because it sells newspapers and magazines as well as tobacco and because father, mother and son takes turns behind the till in this family business.

"Our politicians are pig-headed and only think about putting prices up to bring down the number of smokers, but higher prices are not acting as a deterrent," Muckensturm says.

The most recent official French statistics show only a slight reduction in the number of regular smokers: in 2010, 29.1% of the adult French population smoked, while in 2014 the figure was 28.2%.

The tobacconists association does not think that any separate action to help the border-area traders would do any good.

"We are not a special case. You Germans have a similar problem with tobacco prices in Poland and Eastern Europe. And then there's the black market everywhere, cheap cigarettes for sale over the internet and cheap products from China," association chairman Soihier says.

The problem is a fundamental one for Soihier and for Muckensturm. "Our government should reduce the social burdens on companies. It is madness, but our politicians live in their own little world," Muckensturm says. 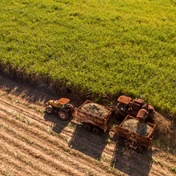 See all newsletters
Voting Booth
Do you think it was a good idea for the government to approach the IMF for a $4.3 billion loan to fight Covid-19?
Please select an option Oops! Something went wrong, please try again later.
Yes. We need the money.
11% - 1340 votes
It depends on how the funds are used.
73% - 8754 votes
No. We should have gotten the loan elsewhere.
16% - 1930 votes
Previous Results
Covid-19 Money Hub
Covid-19 Money Hub - answering your business and money questions during the crisis