The global tobacco giant's board announced on Tuesday that the current chief operating officer of its international business, Jack Bowles, will succeed Nicandro Durante as CEO following the latter's retirement next April.

From November 1 2018, ahead of his appointment to the hot seat, Bowles will be named chief executive designate

"The board is delighted to appoint such an experienced and dynamic successor from within BAT", after a "far-reaching succession process with strong external and internal candidates", said chairperson Richard Burrows in an update to shareholders.

“In his most recent roles, as Director, Asia-Pacific and, as COO, he has played a key role in developing our potentially reduced risk products business.”

Bowles joined BAT in 2004 as CEO of BAT France and thereafter became managing director of a BAT listed subsidiary in Malaysia.

BAT said Bowles was appointed to the management board of BAT in 2009 as regional director for Western Europe. He subsequently served as regional director in both the Americas and the Asia-Pacific regions before assuming his current role as chief operating officer in 2017. 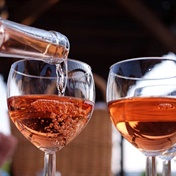