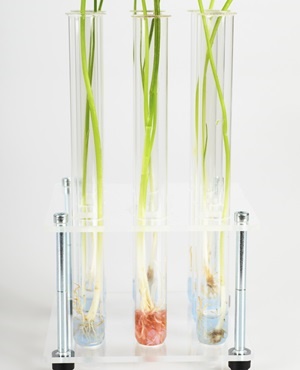 Chicago - Bayer sweetened its takeover bid for Monsanto Company a second time and said the two are in advanced talks as the German chemical company seeks to become the world’s largest producer of seeds and pesticides.

Bayer would be prepared to pay $127.50 a share provided a negotiated deal can be reached, it said on Monday in a statement. The new offer is 2% more than Bayer’s previous bid and 19% above St. Louis-based Monsanto’s last closing price.

There’s no assurance an agreement will be reached, Bayer said. Monsanto said that it’s evaluating the Bayer offer as well as proposals from other parties and strategic alternatives.

The latest offer, which values Monsanto at about $56bn excluding debt, falls short of some predictions about what the company will have to pay to secure a takeover agreement. Analysts at Sanford C. Bernstein have previously said Monsanto may decide to sell if Bayer raises its offer to $135 a share.

Bayer made its first offer of $122 a share in May. That was rejected by Monsanto as too low, as was the higher offer of $125 a share made in July, but Monsanto later granted its suitor some access to its financial accounts for the purposes of due diligence ahead of a potentially revised bid.

Monsanto’s shares have declined since Bayer’s initial bid in May, and closed at $107.44 in New York on Friday. There was no trading Monday because of the Labour Day holiday.

The offer from Bayer marks a reversal of roles for the US company. Monsanto has long sought to become a one-stop shop for farmers by boosting its crop chemicals portfolio to complement its seeds business. To that end, it had pursued the purchase of Syngenta on at least three separate occasions over the years.

The crop and seed industry is being reshaped by a series of large transactions that may end up leaving just a few global players who can offer a comprehensive range of products and services to farmers.