Minister of Agriculture, Forestry and Fisheries, Thoko Didiza, says a government ban on the public auction of hoofed livestock to prevent a spread of foot and mouth disease has been lifted.

But strict requirements for the sale of livestock will be enforced.

Government has been grappling with challenges related to outbreaks of the viral livestock disease since 2019. The department of agriculture announced a national ban on public auctions in December last year. This previous notice did not prohibit the movement of livestock from farm to farm, or private auctions of individual farms.

The ban's impact on South Africa's R81bn livestock sector has not been quantified.

Speaking to reporters at a briefing in Cape Town on Monday, Didiza said the national ban on public livestock auctions would be lifted after the Department of Agriculture, Forestry and Fisheries conducted inspections at more than a hundred sites.

"I understand the impact that this has had on the economy, particularly for the auctioneers, but they too appreciated that what we did was done to protect the red meat industry. We are formally announcing the removal of the ban across the country because we are convinced of the work we have done," said Didiza.

Didiza said  that although Zimbabwe announced a ban on the import of livestock from South Africa in 2019, the impact on SA's large red meat sector was not as dire as it could have been, as trade continued with China and markets in the Middle East.

"We didn't lose a lot of markets internationally. We maintained our exports to China and the Middle East because they were convinced about the controls and the precautions that we had put in place.

"Once there is a disease outbreak, there is often a panic. At the time, we took an interim measure to ban auctions in neighbouring provinces to Limpopo, appreciating the potential impact on industry. But it was necessary to control the spread," Didiza said.

She said even though the ban is now being lifted, authorities expect auctioneers and sellers to maintain the highest standards of animal health and buyers to undertake due diligence.

"Only registered agents will be allowed to auction. We will also ensure that people trading do not move high risk animals from high risk areas," she said.

She said the department would also work with the Department of Environmental Affairs to ensure fences on farms and reserves are strengthened to ensure that carrier buffalo have minimal contact with livestock that could eventually move or be sold beyond risk areas. 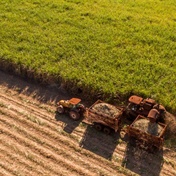 See all newsletters
Voting Booth
Do you think it was a good idea for the government to approach the IMF for a $4.3 billion loan to fight Covid-19?
Please select an option Oops! Something went wrong, please try again later.
Yes. We need the money.
11% - 1011 votes
It depends on how the funds are used.
73% - 6767 votes
No. We should have gotten the loan elsewhere.
16% - 1429 votes
Previous Results
Covid-19 Money Hub
Covid-19 Money Hub - answering your business and money questions during the crisis