SA loses big as smuggling accounts for 23% of cigarettes smoked 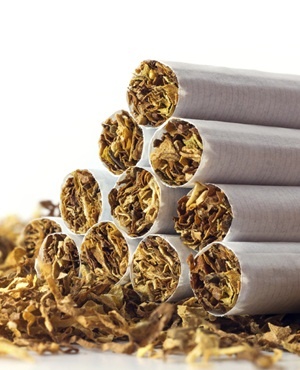 Harare - Research done by global tobacco company Japan Tobacco indicates South Africa is losing billions of rand in revenue through cigarette smuggling, with about 23% of all cigarettes consumed in 2016 having been smuggled.

In a report entitled Illicit Tobacco Trade in South Africa, released in March 2018, Japan Tobacco says this is because of the illicit industry’s high profit margins due to the non-payment of taxes, relative ease of production and movement and low detection rates and penalties.

In 2013, an estimated 31% of all cigarettes consumed in South Africa were illicit (equal to 8 billion sticks; more than 1 million packs of 20 cigarettes smoked per day were illicit).

Japan Tobacco research indicates the most popular price point of illicit product is around R10.00, while some packs are available for as little as R7 each.

According to Japan Tobacco the source of illegal tobacco products has changed significantly over the last three years, with a decline in stock from main supplier Zimbabwe and other neighbouring countries.
“Independently verified research indicates that over 80% of illegal tobacco products found in the country today are produced domestically by some manufacturers that are based or have a presence in South Africa.”
South Africa imported tobacco worth $78m from Zimbabwe in 2017 and has already officially bought 2.8 million kilograms in this year’s tobacco selling season.
Industry players told Fin24 that much more tobacco is finding its way into South Africa through smuggling, making it easy for small players to produce stock at much cheaper prices.
According to Japan Tobacco, the overwhelming majority of these illegal products are concentrated in a handful of brands manufactured by a small number of local tobacco manufacturers.
In terms of impact on the fiscus, more than R27bn in tax revenue has been lost to the illicit cigarette trade between 2010 and 2016 (around R4bn per year).

“The above conservative loss is purely based on excise and VAT and does not take into consideration any associated taxes payable such as company or personal taxes that have also been evaded,” said Japan Tobacco.

Illicit tobacco trading is not restricted to South Africa, as Zimbabwe is also experiencing rampant illicit trade of cigarettes which is threatening the viability of industry players.

Earlier this year, BAT Zimbabwe managing director Clara Mlambo told analysts that the illicit trade in cigarettes has affected the company’s cigarette trades, particularly the low value brands.
Zimbabwean authorities believe the country could be losing millions of dollars in unpaid taxes due to rampant smuggling of cigarettes into South Africa.
According to the Zimbabwe Revenue Authority, local customs officials seized nearly 2 500 cartons worth around $500 000 in taxes between 2014 and 2015.
However, the South African Revenue Service seized R87m worth of Zimbabwean cigarettes since 2014, or 95 million sticks.
South Africa also says it loses an estimated R40m to cigarette smuggling each year, with more than half of it Zimbabwe-related.
However, experts say it is difficult to measure smuggling levels given the porousness of the two countries’ borders.
With cigarettes retailing at $1.50 for 20 sticks in Zimbabwe’s formal outlets and 50 US cents in informal outlets, the margins are very high if exported to South Africa, where cigarettes retail at a much higher price.

South Africa imposes high taxes on cigarette imports – about 80% - meaning many Zimbabwean dealers choose to export illegally. The undeclared cigarettes are usually concealed in trucks, buses and other vehicles destined for South Africa by organised cartels.

* Sign up to Fin24's top news in your inbox: SUBSCRIBE TO FIN24 NEWSLETTER
Related Links
WATCH: Students react to tax and sin tax hikes
There's a way to beat sin taxes and save thousands
Legal tobacco industry could disappear in two years, Parliament hears
Share
Next on Fin24
Barloworld ropes in independent expert in dispute around sale of Tongaat's starch business 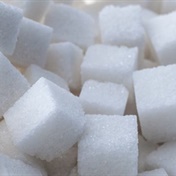