The crisis in Lesotho's mohair industry, the world’s second-biggest, may be easing 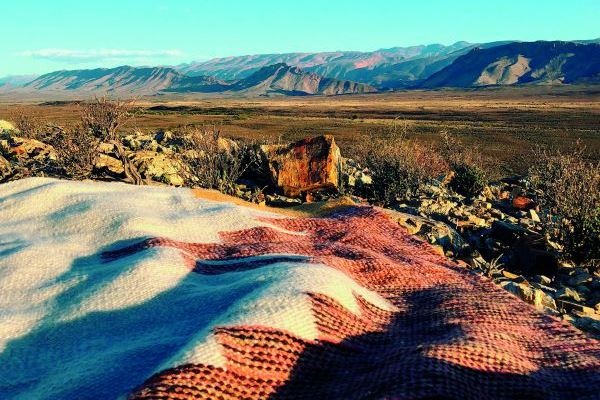 Mohair sales in Lesotho, which produces a fifth of the world’s supply of the luxury fibre, have restarted after the government buckled to pressure from farmers and ended a controversial monopoly handed to a Chinese entrepreneur.

The first auction conducted by locally-owned Maluti Wool and Mohair Centre took place on Oct. 7 and the first shipments of the fibre were made Oct. 17, said David Telford, the company’s managing director. Record prices were achieved and farmers will be paid by Oct. 28, he said.

The sale eases a crisis that left most of an estimated 48,000 wool and mohair farmers without earnings for more than a year after Guohui Shi and his Lesotho Wool Centre were unable to pay for the product they bought. Wool and mohair are Lesotho’s main exports. Shi didn’t answer a call made to his mobile phone.

“We are trying to get some money back into the system and get the wheels turning. The industry was on its knees,” said Telford, whose company fired 300 workers after the monopoly was awarded to Guoshui Shi. “We have also suffered, but not as much as the farmers who could not put food on the table.”

While the government has ended the monopoly, it’s still insisting that wool and mohair be auctioned locally rather than being sold in South Africa, which had been the practice for decades. Combining the output of South Africa and Lesotho arguably makes the auctions in Port Elizabeth more attractive to foreign buyers.

South Africa’s BKB Ltd. controlled most of the market and is now advising Maluti. Auctioning the fibre in Lesotho increases costs and, while international mohair buyers may travel there, its wool industry is less likely to attract interest because it’s smaller than many global competitors. Maluti is yet to start selling wool. South Africa produces half of the world’s mohair and runs the biggest auction globally in the coastal town of Port Elizabeth.

“The farmers will get their money and that’s the main thing,” said Isak Staats, general manager for wool and mohair at BKB. “Its an expensive solution. You are doubling the infrastructure.”