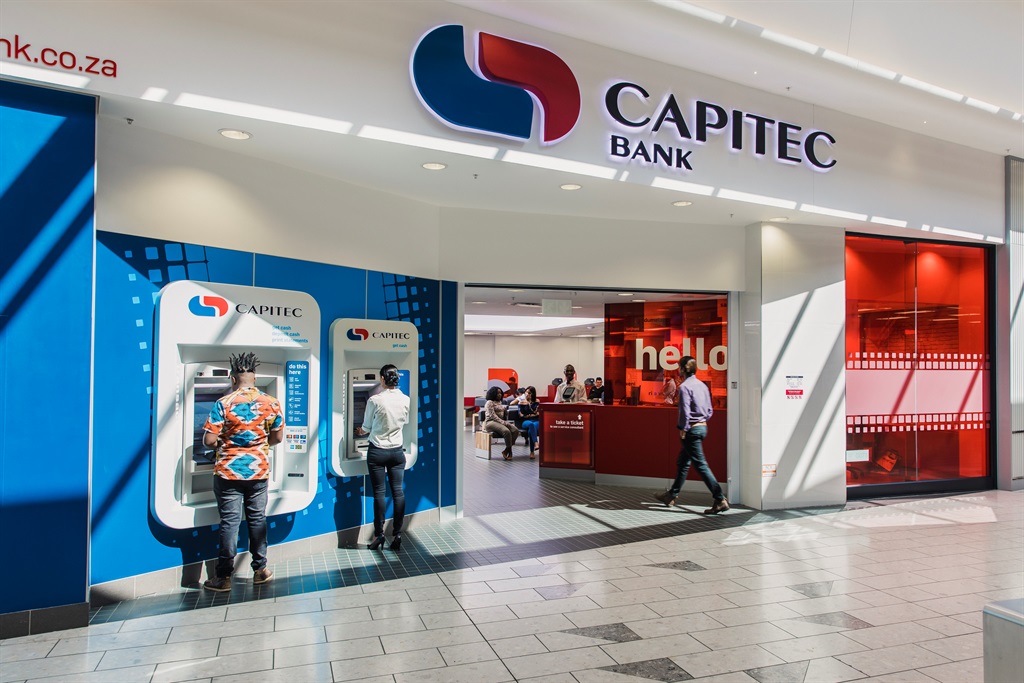 Capitec's fortunes have improved significantly since South Africa's lockdown began over a year ago. The bank – which is now the biggest in the country in terms of customer numbers– recorded an 18% increase in its headline earnings for the six months ended on 28 February.

In the first six months of the lockdown, Capitec's headline earnings tumbled 78% to just R650 million as customer transactions, and new credit disbursements fell drastically while many customers asked for relief on their repayments. But from September to February 2021, the headline earnings shot up to R3.9 billion, outperforming the six months leading to the lockdown by 18%.

However, the significant decline in its earnings for the six months ended in August 2020 still dragged the bank's full-year earnings down by 27% compared to the prior year.

Capitec is the only bank whose results show the pandemic's impact beyond 2020 as its financial year ended on 28 February 2021.

"I remember the first forecast we did for this year. I said that we would make a profit of just over a billion, and that was quite a shocker," said Capitec CEO Gerrie Fourie during the results' presentation on Tuesday morning.

Fourie said the launch of six new products, mainly in the second half of its financial year, which led to rapid customer growth, came to Capitec's rescue. These products included an access credit facility, instant cash send, a scan to pay app, and virtual cards, which allowed the bank to shift more customers to digital banking platforms. The bank ended up with 8.6 million digital banking clients at the end of February, up 28% from it was before the pandemic.

After an initial tank in its transactional volumes in the initial months of the lockdown, these initiatives helped Capitec get customers transacting again. It ended the year with a 17% year-on-year increase in net transaction fee income.

Fourie said Capitec was now able to cover all its operating expenses with transactional and funeral cover sales income, decreasing its dependence on interest earned from selling loans. At the end of February, 61% of Capitec's total revenue came from transacting activities, even though the bank has not increased its fees in two years.

Fourie said the rapid growth in customer numbers in those two years drove this increase in transactional income.

Capitec gained 4.2 million new customers in the past two years, he said. Even when people were home-bound for most of 2020, it continued to onboard approximately 160 000 clients per month, growing its client base to 15.8 million people by the end of February this year compared to 13.9 million in February 2020.

"In the last two years, we've increased our customer numbers from 11.4 million to 15.7 million. That's 4.2 million extra clients that we actually brought in," said Fourie.

Customers are repaying their loans again

Apart from customer growth, Fourie said most of Capitec's customers were also recovering well from the Covid-19 economic slump and repaying their loans again.

Of the 15.7 million of Capitec's customers, only 1.1 million are credit clients.

The bank gave R7.5 billion worth of payment relief to them at the beginning of the lockdown. Fourie said of that amount, R3.9 billion had been settled by the end of February. Another R1.7 billion of payment holidays was extended while R1.3 billion went into arrears or was written off.

Capitec started refunding interest to customers who resumed their loan repayments when their holiday ended as an incentive to encourage them to return to that monthly payment rhythm again. Fourie said it had worked well. He said the bank now expects to pay out approximately R410 million in interest refunds.

"We actually had, for the first time, people phoning our collections department to say 'hey, you haven't collected, and you must please collect otherwise, I'll miss my incentive.' So, we've changed the behaviour around," said Fourie.

We live in a world where facts and fiction get blurred
In times of uncertainty you need journalism you can trust. For only R75 per month, you have access to a world of in-depth analyses, investigative journalism, top opinions and a range of features. Journalism strengthens democracy. Invest in the future today.
Subscribe to News24
Next on Fin24
Moody’s sounds alarm over SA banks' climate change exposure through extensive mining lending