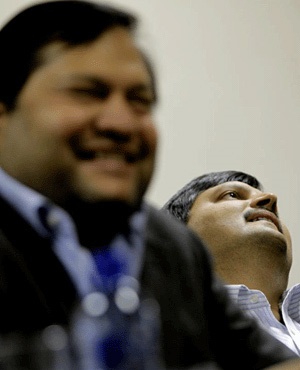 Cape Town – The letterbox firm Homix, which allegedly has links to the Guptas, contravened Exchange Control Regulations by presenting false documentation to Mercantile Bank when it tried to send nearly R14.5m to an account in Hong Kong.

That is according to the South African Reserve Bank (SARB) in a Parliamentary reply this week to a question posed by Democratic Alliance MP Natasha Mazzone.

Furthermore, an investigation completed by FinSurv for SARB in December 2016 showed “that Homix had unlawfully transferred foreign currency from the republic on numerous occasions”, the SARB revealed.

For more than a year, amaBhungane investigated how Homix “secreted away hundreds of millions; apparent kickbacks from companies doing business with Transnet, the state-owned transport operator”, according to Huffington Post, which published the investigative story on December 8.

Three days later, Reserve Bank deputy governor Kuben Naidoo signed an order forfeiting money Homix held in Mercantile Bank to the state. The order was published in the government gazette on December 30 2016, the day the money - R14 472 075 - and any interest was seized.

In its Parliamentary response, SARB said it reported the matter to the South African Police Service “for further steps deemed necessary from a criminal prosecution point of view”.

The Financial Surveillance Department of SARB issued an order on May 29 2015 prohibiting the withdrawal of all funds standing to the credit of Homix in an account held with Mercantile Bank, it explained.

“At the relevant time, Homix had made an application to Mercantile Bank for the transfer of foreign currency to Morningstar International Trade Limited in Hong Kong, ostensibly for the purposes of paying for previously imported goods.

“The balance in the account amounted to R14 472 075 at the time in question. The relevant order was issued on suspicion that Homix had contravened the Exchange Control Regulations in that it had presented false documentation to Mercantile Bank in support of, inter alia, these pending foreign exchange transactions.”

Mercantile Bank is aware of the notice gazetted by the SARB, it said in a statement responding to questions by Fin24 in January.

"Mercantile complies fully with the South African Reserve Bank and Financial Services Board rules and regulations governing financial institutions and will comply with the order of forfeiture, in compliance with the applicable provisions of the Exchange Control Regulations."

It added that as a bank, it is bound by client confidentiality rules which prohibit the divulging of client information.

“After Homix was exposed, a seemingly round 10% of the first year's fee on another big Transnet contract flowed to Gupta-owned TNA Media,” they explained.

“The amount, R17.1m, was allegedly laundered through two companies on the strength of a backdated contract and bogus invoices before arriving at TNA, which publishes The New Age, court papers show.”

See all newsletters
Voting Booth
How has Covid-19 impacted your financial position?
Please select an option Oops! Something went wrong, please try again later.
I'm not really directly affected
18% - 1880 votes
I am taking a hit, but should be able to recover in the next year
23% - 2465 votes
My finances have been devastated
34% - 3671 votes
It's still too early to know what the full effect will be
25% - 2635 votes
Previous Results
Covid-19 Money Hub
Covid-19 Money Hub - answering your business and money questions during the crisis