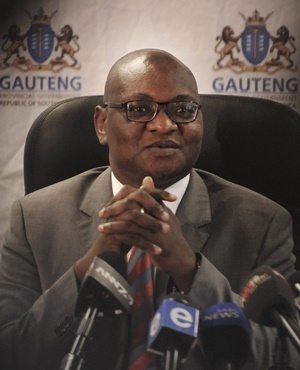 The Gauteng provincial government has taken a decision to terminate its contracts with auditing firm KPMG and consulting firm McKinsey, which are both facing allegations of misconduct.

The Gauteng executive council on Wednesday issued a statement following a meeting where among the issues discussed was the contracts with the auditing firm and the consulting firm.

Fin24 previously reported that the Gauteng government said it would seek a legal opinion on its contracts with KPMG, after revelations of questionable practice by the firm for its work for the Guptas and the South African Revenue Service.

In a written reply by the Gauteng legislature MEC of finance Barbara Creecy explained that the province had paid KPMG over R4m since 2013 for audit-related contracts.

In its statement the Gauteng executive council explained that it had received a review of reports on the contracts with KPMG, McKinsey and software company SAP following “serious allegations of unethical conduct” made against the companies.

“The executive council noted ongoing investigations by state agencies and regulatory institutions on the conduct of these companies, expressed serious concerns about possible negative impact of alleged unethical behaviour on the work of the Gauteng Provincial Government,” the statement read.

The council decided to sever ties with KPMG  given the latest developments at the firm— such as the resignation of two partners who were facing disciplinary charges related to their work with VBS Mutaul Bank which is now under curatorship, as well as the Auditor-General’s decision to terminate its contract with KPMG.

The executive council also decided to stop contracting services from McKinsey as it was not convinced McKinsey had “adequately addressed the concerns raised following the allegations of unethical practice”.

The council however noted that SAP was taking steps to address allegations of unethical behavior. Earlier this year SAP admitted to paying R128.6m to companies linked to the Gupta family, as commissions on contracts with Eskom and Transnet, Bloomberg reported.

“The current contract SAP will expire in November 2018. The executive council mandated the provincial Treasury to continue monitoring SAP and seek National Treasury’s guidance on the way-forward,” the statement read.

In a written response to Fin24, KPMG spokesperson Nqubeko Sibiya said that the announcement by the Gauteng provincial government comes at a time when the firm is taking “significant steps” towards building a firm in tune with the needs of the country. “It is very much our hope that this announcement will prove to only be a temporary break in the relationship,” he said.

McKinsey did not comment on the Gauteng provincial government's decision, as part of the firm's longstanding approach not to comment on matters relating to their clients, a spokeswoman said.

*Update: The article was updated at 19:35 on Wednesday June 13, to include comment from McKinsey.

We live in a world where facts and fiction get blurred
In times of uncertainty you need journalism you can trust. For only R75 per month, you have access to a world of in-depth analyses, investigative journalism, top opinions and a range of features. Journalism strengthens democracy. Invest in the future today.
Subscribe to News24
Related Links
Loss of AG contract forces KPMG to close four regional offices
KPMG expects 400 people to leave as auditor reshapes business
KPMG, Saica part ways
Next on Fin24
KPMG still bleeds revenues, but it has been a big beneficiary of the mandatory rotation of auditors

See all newsletters
Voting Booth
Have you claimed the interest on your rental deposit?
Please select an option Oops! Something went wrong, please try again later.
Yes, and I've gotten it.
21% - 1273 votes
No, I did not.
51% - 3158 votes
My landlord refused
28% - 1702 votes
Previous Results
Covid-19 Money Hub
Covid-19 Money Hub - answering your business and money questions during the crisis