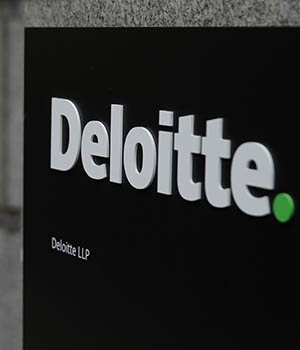 The two local Deloitte & Touche partners charged with misconduct by the Independent Regulatory Board for Auditors (IRBA) have denied “these allegations” in more than 100 instances in a plea document filed with the board’s disciplinary committee in response to IRBA’s charge sheet.

The 10 charges relate to the financial statements they signed off at African Bank Limited and its holding company African Bank Investments Limited (ABIL), before the entities were placed under curatorship. African Bank was placed into curatorship in August 2014.

Last month IRBA held its first public hearings into the charges of misconduct against Jordan and Crowther. These will resume in September.

In the plea Deloitte says that six charges, in full or in part, cover different aspects of audit work performed on the key area of net advances, which related to loans that African Bank made.

“African Bank did not fail in August 2014 because it did not adequately provide for credit impairment. The Myburgh Commission found that a combination of bad business decisions and adverse economic circumstances led to its collapse.

“Disaggregating these aspects represents an inappropriate splitting of charges which, if uncorrected, might lead to an impermissible splitting of convictions. Even if the facts underlying these charges are proved, which are denied, they can lead to only a single conviction for improper conduct.”

“International Financial Reporting Standards’ (IFRS’s) conceptual framework explicitly recognises that the purpose of financial reporting is ‘faithful representation’ [meaning unbiased in either direction]; not perfect accuracy, which is unattainable,” Deloitte said in the plea.

Charge 10, which is the most damning of the lot, accuses both partners of being “dishonest in the performance of any work or duties devolving upon them in relation to professional services performed by them”.

The Deloitte plea, a total of 114 pages, says the following:

“The essence of the 10th charge is that Messrs Jordan and Crowther allegedly succumbed to an intimidation threat in relation to the audit of the 2013 annual financial statements of ABIL and African Bank. The intimidation threat is alleged to be aggravated by self-review and familiarity threats.

"Factually, these threats are said to have resulted in Messrs Jordan and Crowther accepting lower levels of credit impairment provisions than were indicated by IAS 39 [accounting standard that deals with the recognition and measurement of financial instruments]. Messrs Jordan and Crowther are also said to have been dishonest (or at least grossly negligent) by ‘stifling’ the views of Mr [Gustav] Raubenheimer [who was African Bank executive of credit and ABIL group executive of credit], which were initially contrary to those of management and by not giving them due regard during the audit.

“There is no substance in any of these allegations.

“Were it not for the firm stance taken by Mr Jordan, management would not have passed anything close to the additional approximately R2.5 billion of credit impairment provisions booked to the general ledger in October 2013.”

Deloitte’s plea largely consists of a wholesale denial of all charges but some interesting partial admissions were made, including the three below:

The IRBA charge sheet states that: “The report to the audit committee indicates that the auditor was concerned about the governance processes around credit impairment and modelling.”

“The audit team communicated in its final report to the audit committee of ABIL and African Bank in relation to its audit of the 2013 annual financial statements that:

“We are concerned about the governance processes around the credit impairment and modelling processes and recommend board and management consider our suggested changes to improve these governance practices detailed further in this report ... The numbers yielded by the model changed numerous times during the audit.

“This risk pointed to management’s models potentially being unstable or volatile with a wide range of outcomes ...

“These concerns meant Mr Jordan could not be confident that appropriate controls were in place on which he could rely.”

However, Deloitte said that: “His concerns were adequately addressed by alternative and additional procedures.”

The IRBA charge sheet says: “Strong indicators of bias were evident from the work papers, however these were merely labelled as ‘less than prudent’ estimates or judgements in the working papers and final report to the audit committee.

“Mr Jordan admits that there were indicators of management bias and that these were documented in audit working papers. The use of the term ‘less than prudent’ is an indicator of a lack of neutrality, which is the essence of management bias.”

However, the Deloitte plea said that Jordan denied that in so far as this was implied by the use of the word “merely” in this paragraph, that management bias led to material misstatements in the 2013 annual financial statements of ABIL and African Bank.

The IRBA charge sheets says: “The first respondent [Jordan] accepted methodologies relating to impairment provisions that were not in accordance with industry norms as set out in the final report to the audit committee.”

Jordan admitted these allegations only insofar as “industry norms” referred to the methodologies employed by the big four banks. “The management of credit for the clientele and product portfolio of African Bank differed from those of the big four banks and were more akin to those of the other micro lenders or credit retailers in South Africa at the time.”

“IFRS does not require micro lenders to credit retailers to conform in all respects to ‘industry norms’ employed by the full-time retail banks. In addition, ‘industry norms’ do not in themselves provide evidence of the appropriateness of the assumptions inherent in those norms.”

We live in a world where facts and fiction get blurred
In times of uncertainty you need journalism you can trust. For only R75 per month, you have access to a world of in-depth analyses, investigative journalism, top opinions and a range of features. Journalism strengthens democracy. Invest in the future today.
Subscribe to News24
Related Links
Deloitte right of reply
VEB: Deloitte will most likely pay for Steinhoff
Deloitte partners charged
Next on Fin24
A tale of two banks: How African Bank changed under Basani Maluleke's leadership