Insurance companies selling low-cost benefit options that the medical aid regulator wants scrapped next year say what should be done instead is to fix alleged deficiencies and bring rogue players to book.

The Council for Medical Scheme (CMS) issued a circular in December, saying that these primary health products, aimed at low-income earners, will not be allowed beyond 2021. It wants them gone because some offer “inferior benefits” and send their members to state facilities without entering into the necessary agreements with public hospitals to which consumers are sent, said the regulator.

They also do not offer prescribed minimum benefits (PMBs) - cover for chronic conditions and other procedures that medical schemes are compelled by law to pay in full, no matter the cost.

The regulator met with industry representatives on Thursday to discuss its concerns and way forward.

What are low-cost benefit options?

The low-cost benefit options were intended to make medical cover affordable. They are sold by 13 insurance companies, said lobby group the Free Market Foundation, which held a discussion on the implications of proposed changes on Wednesday.

But Adrian Parsons, Executive Director of Khusa Consulting - a company that works with the insurers who provide these benefit options through employer schemes - said there is a more sensible option to ensure that left low-income earners aren’t left to queue in state hospitals.

“If you read it [circular 80], it’s saying, many of the providers provide benefits that the members are going to receive in state facilities. The problem is: there isn’t contract between these two entities, so the state is providing a service without remuneration and therefore let’s scrap the product.

“But if they don't have a contract, let's put the contract in place and police it,” said Parsons.

Momentum Health Solutions’ executive head of marketing, Damian McHugh, said in a written submission that the move was inconsistent with the direction the country wanted to take towards universal health coverage through National Health Insurance.

“By doing away with low-cost health solutions, which are showing massive traction and uptake in corporate businesses in South Africa, hundreds of thousands of employed SA citizens will be robbed of their private healthcare benefits,” he said.

Parsons said there was no data available in the public domain on how many people belong to these low-cost benefit options, but Khusa Consulting has been assisting large employer groups to buy these products for their low-earning employees.

Michael Settas, a member of the FMF’s Health Policy Unit, said their research has shown that about 10 million employed people in SA rely on the public health system because they cannot afford medical scheme contributions. Insurance companies moved in to close this gap with these low-cost benefit options, as some cost as little as under R300 a month. But insurance companies can afford to keep their premiums low, because unlike medical schemes, which charge everyone on the same option the same amount, insurers price according to each person’s risk profile. Older and sicker people pay more.

Settas said while that was an issue that government’s 2015 low-cost benefit option framework meant to deal with, that piece of legislation had not been finalised. The framework which exempted these providers from paying PMBs also proposed, among other things, that insurers should not be allowed to charge late joiner penalties.

“The Keycare plan series is the largest lower income medical scheme plan in South Africa, and provides superb access to private healthcare for more than 400 000 South Africans. Many employer groups depend on Keycare to ensure affordable and accessible access to healthcare for their employees,” said the company in an emailed response. 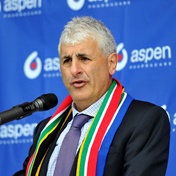 See all newsletters
Voting Booth
How has Covid-19 impacted your financial position?
Please select an option Oops! Something went wrong, please try again later.
I'm not really directly affected
18% - 2105 votes
I am taking a hit, but should be able to recover in the next year
23% - 2698 votes
My finances have been devastated
35% - 4083 votes
It's still too early to know what the full effect will be
25% - 2927 votes
Previous Results
Covid-19 Money Hub
Covid-19 Money Hub - answering your business and money questions during the crisis