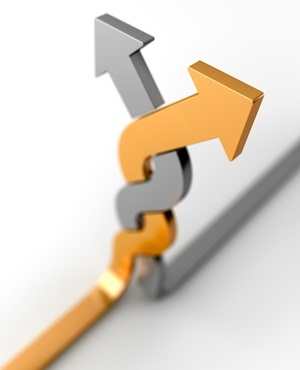 Cape Town - The amalgamation between Bonitas Medical Fund (Bonitas) and LMS Medical Scheme (previously known as Liberty Medical Scheme) has received the stamp of approval by the Competition Commission and the Council of Medical Schemes (CMS) effective 1 October 2016.

According to a statement issued on behalf of Bonitas, it is the largest transaction of its kind in the SA healthcare industry.

Bonitas, administered by Medscheme, is SA’s second largest open medical aid with financial indicators above the legislated requirements and industry average. An open medical aid means there are no restrictions on membership based on employment or profession and it is, therefore, open to the general public.

In August, when the Competition Tribunal approved the amalgamation, it was done without conditions, Lerato Motaung, Competition Tribunal registrar said at the time. Motaung said the Commission had found some overlap of the merging parties’ activities in relation to the administration and managed care services, but the services are carried out contractually by third parties, not by the merging parties themselves.

The Commission felt the merging parties would continue to face competition from other medical aid schemes.

On Thursday Dr Bobby Ramasia, principal executive officer of Bonitas, confirmed receipt of the official notification by the CMS.

"Initially our aim was to begin trading as one entity as from August, however, considering the impact of the amalgamation - not only on members but the industry as a whole - it was imperative that all the regulatory processes were followed. This marginally delayed the approval, as everything had to be carefully considered and weighed up by the Competition Commission and CMS," said Ramasia.

"However, we are pleased it has now been ratified and is in the process of finalisation of all the legalities in order to begin trading. Official notification to members will be sent out shortly outlining the way forward but we’d like to reassure them that this amalgamation is in their best interests."

The amalgamation was explored after the positive outcome of an initial feasibility study. According to Bonitas, the amalgamated scheme will have a broader national footprint, better economies of scale to negotiate better rates and improve provider networks. The amalgamated scheme will be stronger and more sustainable, providing enhanced cover and benefits, consolidation of resources and fixed costs. This will assist with relieving pressure on future contribution increases.

READ: Your medical scheme’s reserves could be costing you money

"With our combined years of experience we have an intricate understanding of the needs of the consumer in the complex healthcare market," explained Ramasia.

"Our increased size in terms of members and national footprint will enhance our ability to negotiate better benefits and services with healthcare providers."

Ramasia reassured members that throughout the amalgamation process, both schemes were committed to acting in the best interest of members at all times and this is set to continue.

Liberty Health reported a loss of R11m for the six months to the end of June compared to R22m from the prior period. It was in talks with Spectramed on more than one occasion for a potential takeover.

Bonitas and Liberty said earlier this year that if the merger is successful, it will continue under Bonitas’ name.