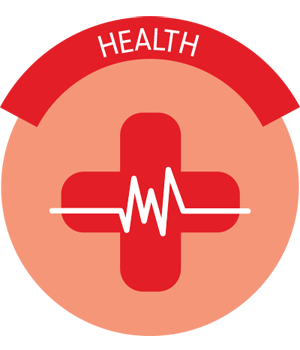 Cape Town - Mental healthcare in South Africa is in a sickly state with medical aid members continuing to face prejudice and discrimination by schemes, according to Shouqat Mugjenker, mental health portfolio manager for Pharma Dynamics.

According to the SA Federation for Mental Health, employee absenteeism – largely as a result of depression and other associated illnesses – costs the SA economy between R12bn and R16bn annually.

“Mental illness is on the rise worldwide, with conditions such as depression and anxiety being among the most diagnosed, yet the barriers to receiving effective treatment are nothing short of daunting," said Mugjenker in the wake of Mental Illness Awareness Month this July.

And to top it off, members still face challenges from their medical schemes.

“People with mental illness continue to face prejudice and discrimination by medical schemes that are not obligated to reimburse patients for medications related to depression and anxiety, since these are not included in the list of prescribed minimum benefits (PMBs) for chronic medications."

As a result, those living with depression and anxiety wait much longer to get treatment than they should.

Mugjenker warned that without the right treatment, sufferers not only risk serious regression and hospitalisation, but they face a greater risk of suicide.

"An estimated 230 people try to commit suicide in SA daily, while 23 succeed. That statistic alone is cause for concern.”

He explained the situation in the country took another bad turn following the closure of scores of practices run by psychologists after medical aids refused to pay for services rendered by non-clinical practitioners.

"This followed the High Court’s dismissal last year of the Health Professions Council of SA’s amended scope of practice for psychologists in 2011.

"Before the introduction of the regulations, psychologists could practise in their area of study and other areas in which they had experience, whereas the regulations in its current form limits psychologists to practise solely based on their qualification. The decision is likely to have a detrimental impact on not only educational psychologists, but also the many children that they treat."

Mugjenker said although the Gauteng government plans to spend R890m more on the mentally ill, as things stand, only a fraction of government’s national healthcare budget is allocated to mental healthcare.

He also called on the National Department of Health to establish indicators to ensure the provision of quality mental healthcare management and services, which must be monitored and evaluated on a regular basis.

High medicine prices also remain a deterrent to getting treatment. However, Mugjenker said the introduction of the South African Health Products Regulatory Authority (SAHPRA) – taking over from the Medicine Control Council – should speed up the introduction of new and more affordable generic treatments for mental health disorders.

The current price differential between brand name and generic central nervous system medication can be as high as 79%, Mugjenker said.