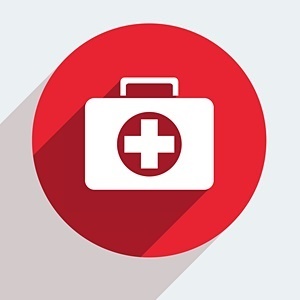 Cape Town - Mental health spend has increased by more than 80% in the past five years, reaching R2bn in 2016 with hospitalisation claims amounting to R32m more than predicted, according to Discovery Health CEO Dr Jonathan Broomberg.

But in-hospital expenditure, as a proportion of total mental health spend, increased by 113% from 2011 to 2016. This increase in admissions is also attributed to an increase in the number of psychiatric beds available in hospitals.

Tip of the mental health iceberg

Prof Crick Lund, director of the Centre for Public Mental Health (CPMH), told Fin24 the increase in mental health service spending is reflective of a global trend which is seeing increased demand for mental healthcare services over time.

However, he pointed out that the spending figures reported by Discovery Health represent only the tip of the iceberg.

Lund said it is, therefore, vital that SA moves towards a National Health Insurance (NHI) system that facilitates more access to mental health care and does not exclude those who cannot afford private mental health care.

The prevalence of mental illness among medical scheme beneficiaries is rising, according to the latest Council for Medical Schemes (CMS) report.

“People with mental illness continue to face prejudice and discrimination by medical schemes that are not obligated to reimburse patients for medications related to depression and anxiety, since these are not included in the list of prescribed minimum benefits (PMBs) for chronic medications," said Mugjenker.

As a result, he said, those living with depression and anxiety wait much longer to get treatment than they should. Mugjenker warned that without the right treatment, sufferers not only risk serious regression and hospitalisation, but they face a greater risk of suicide.

About 30% of adult South Africans are likely to suffer from a mental disorder over the course of their lifetime, based on a South African Stress and Health (SASH) study. However, this figure is likely to have risen substantially since the SASH - the first and only nationally representative study of mental disorders in the country - was conducted 13 years ago.

Overtake HIV/AIDS as the leading cause of illness?

Mental illness is indeed rising, said Dr Ali Hamdulay, who is the general manager of the policy unit at Metropolitan Health. "Soon it could overtake HIV/Aids as the leading cause of illness in South Africa."

He noted that despite the significant financial loss to employers and the broad economy, many mental disorders fly below the radar in the workplace.

"Most employers tend to completely underestimate the financial impact of mental illness on their bottom-line. Increasing levels of mental illness drive up disability costs and demand more medical scheme spend."

Hamdulay said a more proactive approach for managing mental illness in the workplace is a strategic imperative for South African employers.