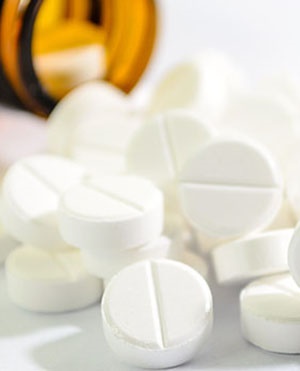 South African-based international health and wellness business Ascendis Health [JSE:ASC] on Monday saw its share price drop by over 4% after reporting a 3% increase in revenue to R4bn for the six months to December 2018.

International revenue rose by 7% to R2bn and accounts for 50% of the group's total sales. The tough consumer environment and weak sentiment in South Africa, however, resulted in domestic revenue declining by 1%, the group said in a statement.

Its gross margin strengthened by 260 basis points to 44.9%. This was mainly due to improved raw material pricing through strategic sourcing in the pharma businesses in Europe; the discontinuation of low margin products in Wellness, Biosciences and Pharma; and the acquisition of the high margin business Kyron Laboratories, Ascendis said.

Normalised earnings before interest, tax, depreciation and amortisation (EBITDA) for the international segment grew by 11%, while the South African operations were 7% lower, with group EBITDA increasing by 1% to R684m.

Normalised headline earnings from continuing operations were impacted by higher expenses, depreciation and finance costs and declined by 6% to R351m, Ascendis said.

No interim dividend was declared, with the directors opting to retain the cash to settle debt obligations.

Cash generated from operations totalled R502m, with cash and cash equivalents totalling R239m at the end of December 2018. The cash conversion rate at 73% improved from 46% in the first half of 2018.

Pharma and Consumer Healthcare were identified as the group's new core focus areas.

Following the adoption of the strategy, selected businesses and assets were identified as non-core and earmarked for divestment.

The group's manufacturing facility in Gauteng was sold to international pharmaceutical company Mylan for R130m in December 2018, realising a profit of R19.6m. This followed the sale of the South African sports nutrition business for R54m in September 2018.

Thomsen said negotiations were at "a very advanced stage" for the sale of the Efekto, Marltons and Afrikelp businesses, which form part of the group's Biosciences division.

In mid-January the group received an unsolicited offer for the sale of its Remedica business unit in Cyprus. Ascendis Health bought the generic pharmaceutical manufacturer for R4.4bn in 2016.

Discussing the priorities for the remainder of the financial year, he said the group would maintain its strong focus on organic revenue and EBITDA growth as well as cash conversion.

"At the same time, we will address areas of under-performance in our South African operations and in Scitec, our global sports nutrition business based in Hungary," he said.

"The completion of the Biosciences transaction and progressing the Remedica offer are major priorities, while the group's strategy will be revised should the Remedica business be sold. We are committed to implementing a more efficient capital structure to refinance debt and improve the health of the balance sheet."