Bitcoin's bad week is worsening as selloff deepens to 20% 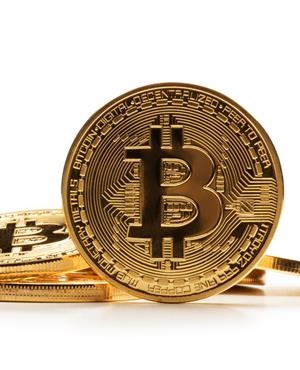 Bitcoin has slumped more than 20% this week amid increased regulatory scrutiny in the US and Japan, an attempted theft at one of the biggest trading venues, and news that the bankruptcy trustee for Mt. Gox has started selling the now-defunct exchange’s holdings to repay creditors.

“The screen is flashing red today and people are getting fearful,” said Caleb Yap, co-founder of Singapore Bitcoin Club.

“Weak hands are definitely wanting to sell. If Mt. Gox can dump $400m of Bitcoin just like that and there’s still billions left, the fear is when is the big drop coming.”

Mt. Gox’s bankruptcy trustee, Nobuaki Kobayashi, disclosed on Wednesday in Tokyo that he sold about $400m of Bitcoin and Bitcoin Cash since late September, part of the hoard left behind when the exchange collapsed four years ago. Kobayashi is studying further sales of the $1.8bn remaining.

Signs of growing regulatory scrutiny have added to investor jitters.  On Thursday, Japan’s Financial Services Agency ordered two exchanges to halt operations for a month and penalised four others. That announcement came just hours after a warning from the US Securities and Exchange Commission that many online trading platforms should register with the agency.

Around the same time, Binance, one of the world’s biggest crypto exchanges, said it had been the target of a “large-scale phishing and stealing attempt.”

While it said “all funds are safe”, Binance noted that it was unable to reverse some trades from accounts targeted by the hackers.

“These are all growing pains,” said SJ Oh, a Hong Kong-based trader at Octagon Strategy.

“And while hurtful today, the fact that regulators are cracking down will be good for the long run.”

We live in a world where facts and fiction get blurred
In times of uncertainty you need journalism you can trust. For only R75 per month, you have access to a world of in-depth analyses, investigative journalism, top opinions and a range of features. Journalism strengthens democracy. Invest in the future today.
Subscribe to News24
Related Links
Bitcoin steadies amid US, Japan regulatory clampdown concern
UK bank bans bitcoin purchases via credit card
SA bitcoin wallet provider attracts funding from global blockchain firm
Next on Fin24
Cell C vows to let 'law take its course' on former exec arrested in R64m fraud case

See all newsletters
Voting Booth
Have you claimed the interest on your rental deposit?
Please select an option Oops! Something went wrong, please try again later.
Yes, and I've gotten it.
21% - 737 votes
No, I did not.
52% - 1829 votes
My landlord refused
27% - 971 votes
Previous Results
Covid-19 Money Hub
Covid-19 Money Hub - answering your business and money questions during the crisis