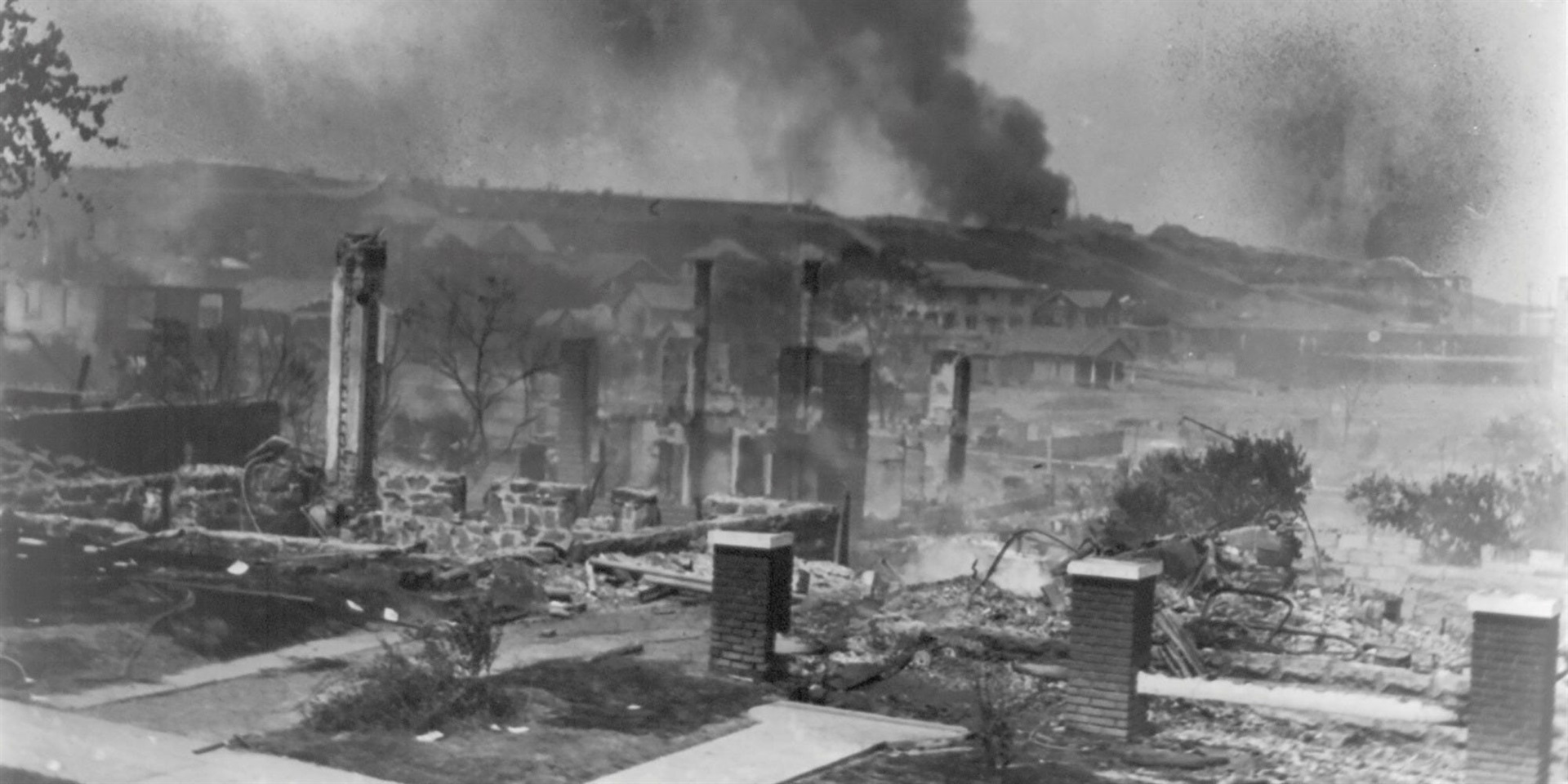 Smoke rises from the ruins of African Americans' homes following the race massacre in Tulsa, Oklahoma in 1921.
Alvin C. Krupnick Co./National Association for the
Erikan Obotetukudo is starting what could be the first venture-capital fund focused on crypto startups and helmed by a Black woman.

Audacity Capital LLC is going to invest in cryptocurrency-related startups led by entrepreneurs of black and African descent, the 29-year-old said in an interview.

The Los Angeles-based firm has raised an undisclosed amount from investors including IDEO CoLab Ventures and Electric Capital.

The fund plans to invest up to $100,000 each in as many as three startups a quarter. The businesses have to focus on decentralized finance -- essentially peer-to-peer lending, borrowing and trading, Obotetukudo said. Preference will be given to startups focused on Africa, she said.

“We are going to be funding companies in overlooked and untapped markets,” Obotetukudo said.

Obotetukudo has had a long road to crypto fund management. She said she first toured Europe as a jazz musician at 16, then did research to try and find a cure for AIDs in Brazil and South Africa. Born in California, she also lived in Nigeria, where her parents are from, and experienced firsthand the problems with money like Nigerian naira during devaluation.

"I had a bag of $15,000 worth of naira in my backpack, and I was going to every single bank to try to turn this money into U.S. dollars," she said. "Every bank and every single Western Union said no," as there was a shortage of dollars in the country. She worked for a time at Future Africa, connecting investors with entrepreneurs.

Eventually, Obotetukudo invested in Ether, the second-largest cryptocurrency after Bitcoin. Last year, she co-founded Crypto For Black Economic Empowerment, which connects more than 100 entrepreneurs, investors and artists in 20 countries.

A recent Harris Poll survey found that in the U.S., 30% of Black and 27% of Hispanic investors own cryptocurrency, compared with just 17% of White investors.

"We are going to be the new black crypto Wall Street, and we can’t be destroyed, because we exist on blockchain," Obotetukudo said. Blockchain is the digital ledger that Bitcoin runs on.

The fund is launching around the anniversary of the 1921 Tulsa race massacre, when mobs of white Oklahomans attacked Black residents. They also destroyed businesses in the area that was dubbed black Wall street. June 19 known as Juneteenth, also celebrates the end of slavery in the U.S.

We live in a world where facts and fiction get blurred
In times of uncertainty you need journalism you can trust. For only R75 per month, you have access to a world of in-depth analyses, investigative journalism, top opinions and a range of features. Journalism strengthens democracy. Invest in the future today.
Subscribe to News24
Next on Fin24
Tencent suspends WeChat user registrations amid Chinese tech turmoil, Naspers and Prosus bleed

See all newsletters
Voting Booth
In light of the recent looting, do you think a basic income grant is the right approach to deal with SA’s hunger and poverty problems?
Please select an option Oops! Something went wrong, please try again later.
It will go a long way in helping fight the symptoms of SA’s entrenched inequality, especially for those who are starving right now
20% - 1444 votes
SA’s problems are complex, and we instead need to spend that money on building and growing our economy, which will help the country in the long run
31% - 2239 votes
All grants are a problem as they foster a reliance on handouts
49% - 3550 votes
Previous Results
Covid-19 Money Hub
Covid-19 Money Hub - answering your business and money questions during the crisis