Down $78bn in value, Tencent faces worst margins ever 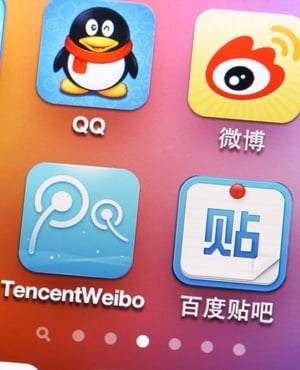 After the giddy heights of January when its shares hit an all-time high, Tencent has shed $78bn in value as investors price in the costs of the Internet giant’s massive spending spree.

Results on Wednesday are expected to show that rising costs and investments will hurt profitability at Asia’s biggest listed company.

While Tencent has said sacrificing margins in the short-term is necessary to anchor future growth, analysts are concerned that the company isn’t yet able to make enough money from its mobile games to offset a decline in the desktop unit, its most profitable platform.

Shenzhen-based Tencent has been expanding into new businesses such as cloud computing and paying for fresh content, a strategy that contributed to a 72% surge in costs in the fourth quarter. Analysts predict gross margin in the latest period dipped below 47% for the first time since 2003, the earliest figures available, according to the average of 11 estimates compiled by Bloomberg.

While they remain bullish on the stock, Citigroup and Deutsche Bank are among brokerages that have lowered their sales or earnings expectations in 2018.

“The short-term weak performance in PC games coupled with larger payment-related subsidies and weaker ad seasonality may affect the company’s margin,” China International Capital analyst Natalie Yue Wu wrote in a May 8 note. “We see a period of share price weakness due to game business.”

Shares of Tencent have slipped 13% since its high on January 23, declining more than three times as much as Hong Kong’s benchmark index. Tencent rose for a fifth day on Monday, following tech gains in Hong Kong and China after US President Donald Trump’s reversal on ZTE.

Tencent ramped up spending this year as it competes with ecommerce rival Alibaba on most fronts, including online entertainment, payments, cloud computing and even retail, Alibaba’s home turf.

Tencent’s retail-related deals this year include its backing of Carrefour SA’s China unit and leading a $5.4bn investment in Wanda Commercial Properties. It’s also been pumping money into its hottest online games and fending off competitors in the mobile-streaming and content business.

The battle has been a drag on margins at both Chinese companies. For Tencent, a stake sale from a major holder and a decline in the shares of some of its largest investments have put more pressure on the stock.

The options market is implying a daily move of 2.4% either way after the results, which would be the biggest earnings-day reaction in more than two years. See all newsletters
Voting Booth
Do you think it was a good idea for the government to approach the IMF for a $4.3 billion loan to fight Covid-19?
Please select an option Oops! Something went wrong, please try again later.
Yes. We need the money.
11% - 1404 votes
It depends on how the funds are used.
73% - 9098 votes
No. We should have gotten the loan elsewhere.
16% - 2002 votes
Previous Results
Covid-19 Money Hub
Covid-19 Money Hub - answering your business and money questions during the crisis