Net1 [JSE: NT1], the company behind Cash Paymaster Services that used to run SA's social grant payment system, has been left deep in the red following the loss of that contract.

It reported on Friday morning that its revenue in rand dropped by 40%, while it suffered an operation loss of $15.6m (R234m), compared to a profit of $10m in the previous year.

The company says this was primarily due to the expiration of its SASSA contract, and it also incurred $1m in retrenchment costs during the past quarter.

CPS stopped disbursing social grants in October after the Constitutional Court ordered government to stop the contract, which had been declared invalid in 2014.

The SA Post Office took over the distribution of welfare grants worth R150bn a year.

Net1 was also hit by Cell C’s woes. Net1, which holds 15% of Cell C, last week wrote down the value of the struggling mobile operator to zero. 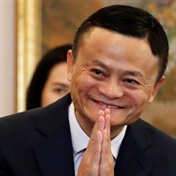