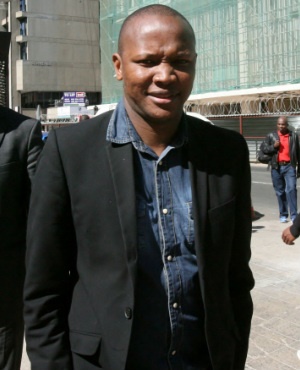 An out-of-court agreement has been reached between 'Please Call Me' inventor Nkosana Makate and Vodacom, after the cellular company went to court to apply for a gag order against him, prohibiting the dissemination of any information regarding the settlement negotiations between them.

The settlement negotiations have still not been completed after Makate won a drawn-out battle with Vodacom, which has gone on for more than 10 years, over compensation for the 'Please Call Me' product. The Constitutional Court ruled in 2016 that Vodacom must pay the inventor.

Makate developed the "Please Call Me" product in November 2000.

On Tuesday, Vodacom approached the North Gauteng High Court in Pretoria, seeking an interdict to prohibit Makate from disclosing any information to outside parties.

The matter was not argued in court because both parties reached an agreement and a draft order was compiled to be put into effect by Judge Natvarial Ranchod.

In the order, Makate has undertaken not to disclose confidential issues as defined in the confidential agreement. He is also not allowed to discuss the content of the negotiations with any third parties, including the media.

"The respondent will make no such disclosures save for those which, in terms of the confidentiality agreement, he is entitled to disclose," the order further reads.

'Don't have a problem with it'

The order also noted that a complaint has been lodged with the Independent Regulatory Board for Auditors (IRBA) and the Companies and Intellectual Property Commission (CIPC).

The complaint relates to the turning down of an official request, in terms of the Promotion of Access to Information Act (PAIA) lodged by Makate, to get specific paragraphs of a KPMG forensic investigation report from November 2008, Business Insider previously reported.

The report allegedly contains crucial information that will help Makate get paid.

KPMG said the order against Vodacom does not apply to it and Makate will have to go to court again to compel its disclosure.

Makate told News24 on Tuesday that he was happy with the order, but described the court application as a bullying tactic.

"We obviously gravitate towards an agreement, and this order was by agreement. It's already the undertaking that I made without coming to court, so I am happy and don't have a problem with it," Makate said.

He added that, because he had already undertaken to not disclose information, the court application was not necessary.

Makate said he looked forward to closing the chapter but said a date for the finalisation of the matter had still not been set.

We live in a world where facts and fiction get blurred
In times of uncertainty you need journalism you can trust. For only R75 per month, you have access to a world of in-depth analyses, investigative journalism, top opinions and a range of features. Journalism strengthens democracy. Invest in the future today.
Subscribe to News24
Related Links
How much will Please Call Me inventor be paid?
ConCourt setback for Please Call Me inventor
Please Call Me inventor: It wasn’t only about money
Next on Fin24
More Tencent pain: Naspers, Prosus slump as Chinese media brand online games ‘spiritual opium’

See all newsletters
Voting Booth
Should pension fund members be allowed to access their savings before retirement?
Please select an option Oops! Something went wrong, please try again later.
Yes, it's their money to do with as they please.
34% - 64 votes
No, more people will end up without enough savings in retirement.
35% - 67 votes
Depends on how big the withdrawal limits will be.
31% - 60 votes
Previous Results
Covid-19 Money Hub
Covid-19 Money Hub - answering your business and money questions during the crisis