Tencent's $214bn tumble is breaking all kinds of records The $214bn rout in shares of Tencent has entered uncharted territory.

Not only has the Chinese Internet giant lost more market value than any other company worldwide this year, its 38% drop from a closing high in January is poised to become the deepest since Tencent’s 2004 listing in Hong Kong.

The stock has been mired in a downtrend for a record 259 calendar days and is on course to match its longest-ever streak of consecutive losses after falling for an eighth day on Tuesday. It has never fared worse relative to global technology shares.

It’s a dramatic reversal for a stock that returned more than 67 000% from its initial public offering through January, by far the best performance among large-cap companies globally during that period.

While Tencent’s hugely popular online games, WeChat messaging service and budding finance business made it a favourite of both institutional and individual investors, sentiment has soured after the company faced an onslaught of bad news this year.

The first blow came almost nine months ago, when global concerns over frothy tech valuations dragged down Tencent and many of its peers.

In March, losses accelerated after Tencent warned of weaker margins and one of the company’s oldest shareholders said it was unloading a nearly $11bn stake.

That was followed by a wave of selling from Chinese investors, Tencent’s first profit drop in at least a decade, and a regulatory bottleneck on game approvals in China.

The stock, which commands the biggest weighting in MSCI’s global emerging markets index, has taken another battering in recent days amid worries about slowing Chinese growth and a weaker yuan. It fell 1.5% to HK$294.40 at 14:43 local time on Tuesday, heading for its lowest close since July 2017.

One group that’s sticking with Tencent despite this year’s travails: sell-side analysts. All but one of the 49 forecasters tracked by Bloomberg has the equivalent of a buy rating on the stock, with the consensus 12-month price target implying a 52% rebound.

But given that those same analysts failed to predict the current selloff, investors may want to think twice about buying now.

Even after its slump, Tencent is trading at 25 times projected earnings over the next 12 months, according to data compiled by Bloomberg. That compares with multiples closer to 20 when the shares bottomed after major declines in 2011 and 2008. 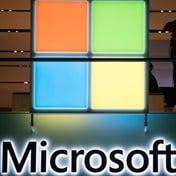 See all newsletters
Voting Booth
Do you think it was a good idea for the government to approach the IMF for a $4.3 billion loan to fight Covid-19?
Please select an option Oops! Something went wrong, please try again later.
Yes. We need the money.
11% - 911 votes
It depends on how the funds are used.
74% - 6060 votes
No. We should have gotten the loan elsewhere.
15% - 1230 votes
Previous Results
Covid-19 Money Hub
Covid-19 Money Hub - answering your business and money questions during the crisis