Pretoria - The decision to grant SA Airways an extension of a government guarantee was supported by the Constitution, the High Court in Pretoria heard on Thursday.

Jeremy Gauntlett, for the minsters of finance and public enterprises, told the court that the decision to extend the loan guarantee was a difficult one.

The public enterprises ministry did not shy away from the problems within the national carrier, with the decision made within the ambit of the Constitution.

"It is a very hard decision but at the heart of this matter lies this very problem, and that is the stance of the minister is that they are not beyond the reach of the Constitution ...They sought to justify it within the right constitutional setting," he said.

The decision was made within the "heartland" of executive action, and was not an administrative decision.

In October 2012 the government granted SAA a R5bn guarantee for a period of two years. SAA told Parliament in February 2012 it needed between R4bn and R6bn for a recapitalisation programme.

One of the conditions for the R5bn guarantee in 2012 was that SAA's board had to develop a turnaround strategy. In October 2014 SAA was again seeking government support, two years after it was granted the R5bn in loan guarantees.

In January 2015 Finance Minister Nhlanhla Nene said SAA will receive another R6.5bn injection from state coffers, even though he had said in the previous October there would be no more bailouts and that the airline would have to restructure.

Comair CEO Erik Venter said ahead of the case that the airline regarded the bailouts and certain other government payments to SAA as not compliant with the Domestic Aviation Transport Policy or the law.

Gauntlett said the minister of public enterprises, in agreement with the minister of finance within the realm of the Public Finance Management Act (PFMA), exercised a public finance decision.

"We have a situation in terms of which the minster has common cause, faces a dire situation and...he takes a decision, 'I'm not going to chop it up into little bits'," he said.

The case was about the powers and functions which are authorised by section 70 of the PFMA and how section 70 was properly construed.

"The critical point really is this power weighs on the side of executive action because it is sourced in the Constitution....Section 218 puts into the Constitution the power to guarantee loans.

"This is not dog license territory. This is something seen important enough to be be put into the Constitution and goes through the umbilical cord of national legislation."

Beyond the decision being made though power sourced from the Constitution, and falling within the heartland of executive action, there was Parliament as a built-in oversight mechanism. Parliament acted as a means of checks and balances, which could ask why such decisions were made.

Gauntlett told the court that out of 147 state airlines around the world, only two were profitable. Countries had to make the choice, due to a variety of factors, as to whether they should sustain the national carrier.

"May the minister, permissible by law, give a guarantee in circumstances where the prospect of short term repayment is not good? Call it nil if you want to. The answer is yes and that is the crucial thing in this case."

He described Comair's characterisation of the loan as "casino-like", where you put money into a machine not knowing whether you would see it again, as being misconstrued. SAA arguably required long term solutions but that was a separate debate to the matter at hand.

Related Links
Extension not bound by policy: SAA
Comair explains why it turned to court on SAA
Comair questions SAA bailout
Share
Next on Fin24
Vehicle dealerships gear up for spike in used-car sales 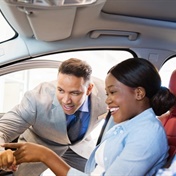