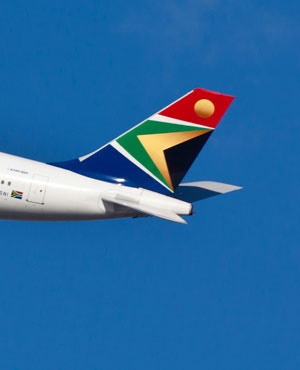 Richard Branson has said Virgin Atlantic would be open to buying an equity stake in struggling South African Airways, according to a report in Business Day.

Branson, the billionaire founder of the Virgin Group, was speaking at an event in Johannesburg on Thursday morning.

According to Business Day, he said he would be open to investing in SAA as he is "known as Dr Yes at Virgin".

"So if we were approached by the SA government, we’d definitely have a look."

SAA has been struggling to break even for years. It received a R5.5bn government bailout this year, intended to let it extend the maturities on its outstanding debt obligations and allow it to develop a repayment plan.

Finance Minister Tito, meanwhile, announced at the recent mid-term budget that government will help the cash-strapped flag carrier repay R9.2bn in state-guaranteed debt over the next three years.

"In its current configuration, SAA is unlikely to generate sufficient cash flow to sustain operations," states the mid-term budget document.

Branson said at the event the most important thing South Africa has in its new government is an honest leader, adding he now feels ''much more confident investing in SA with him [Ramaphosa] at the helm, than the previous group [Jacob Zuma].''

Virgin Atlantic is not the only airline that has shown an interest in becoming an equity partner in SAA. In mid-October President Cyril Ramaphosa told an investor conference in London that the government was engaging in talks with potential strategic equity partners, whom he did not name.

We live in a world where facts and fiction get blurred
In times of uncertainty you need journalism you can trust. For only R75 per month, you have access to a world of in-depth analyses, investigative journalism, top opinions and a range of features. Journalism strengthens democracy. Invest in the future today.
Subscribe to News24
Related Links
Virgin Active’s owner and Christo Wiese in talks about new plan
Branson’s Virgin Galactic space-tourism business to go public
WATCH: Virgin Galactic celebrates as tourism rocket ship reaches space
Next on Fin24
Ford to invest R600 million in Gqeberha plant