The High Court in Pretoria on Thursday dismissed former SAA board chairperson Dudu Myeni's application challenging the Organisation Undoing Tax Abuse's involvement in a case which seeks to have her declared a delinquent director.

In her ruling Judge Ronel Tolay said Outa's participation in the case represented public interest and the organisation could proceed with its action.

In her application Myeni had argued that Outa did not have legal standing in the case.

Outa brought the delinquency application against the flag carrier's former chair in conjunction with the SAA Pilots Association.

Outa's chief legal officer, Stephanie Fick, hailed the ruling as a "win for the public", reiterating that matters involving the running of the state-owned airline which was last week placed into business rescue were in public interest.

At the beginning of the hearing in October, Myeni who has not attended the proceedings, claimed that she couldn't afford legal services and did not have money for petrol or accommodation to travel from KwaZulu-Natal to Pretoria.

Outa lodged the case against Myeni in 2017, but the proceedings have been marred by several delays, including a change in Myeni's legal representation. The case is now set resume on January 27 for a period of five days, Tolmay said.

If the court declares Myeni a delinquent director, she cannot again act as the director of a company.

In a separate matter, Myeni is now suing the Outa for R8m, based a Tweet posted in October by the organisation. Outa is opposing the suit. 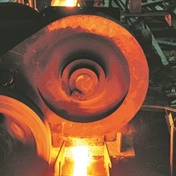