FlySafair honoured for being on-time 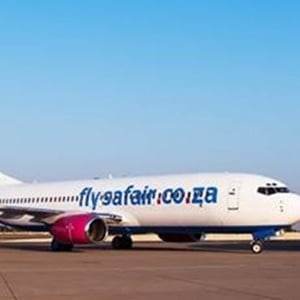 Cape Town - Low-cost airline FlySafair has been ranked the world’s most on-time airline for 2017 by air travel intelligence specialist, OAG.

The airline achieved an annual on time performance (OTP) of 95.94%. It was also one of just three airlines to receive a five-star rating. This is the first time that OAG has introduced star ratings based on carriers’ OTP performance.

Its On-time Performance Star Ratings is a global accreditation programme that recognises on-time performance across all airports and airlines regardless of size, geographic location or relative relation to their peers.

For an airline to achieve an OTP of 95.94% is very difficult. It requires extremely smooth operations and exceptional focus from across the entire team,” says Caroline Mather, marketing director of OAG.

"OTP has become an increasingly important measure of overall performance. It reflects the reliability and efficiency of the airline, and ultimately the reputation of the brand. An airline’s schedule is the measure of its promise to their customer.”

For FlySafair CEO Elmar Conradie the achievement speaks to the quality of South African aviation.