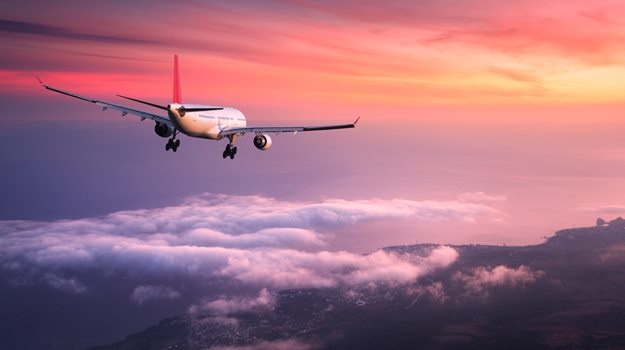 Restrictive visa regimes still flourish in Africa and it is still easier for Europeans to travel around Africa than it is for Africans themselves.

This is the view of Paul Steele, senior vice president, member and external relations at the International Air Transport Association (IATA).

He was one of the keynote speakers on the first day of the 48th Annual General Assembly of the Airlines Association of Southern Africa (AASA) taking place in Zambia this week.

"Surely this has to change. For businesses, above all they need connectivity, competitive costs, and good facilities," Steele said on Friday.

"The levels of intra-Africa connectivity still lag other regions of the world."

He pointed out that, since 2014, there has been a renewed drive by African leaders and policymakers to improve Africa’s socio-economic prospects through improving connectivity across the continent.

Research shows that, if 12 key markets in Africa had open air services with each other, an additional $1.3bn would be added to the gross domestic product (GDP) of those countries.

This would create an additional 155 000 jobs, saving travel times and making air travel more convenient and affordable for travellers.

In January 2018, African Union heads of state launched the Single African Air Transport Market (SAATM). Its implementation is now being rolled out across the continent, with 26 countries so far joining the initiative and up to 40 expected to do so by the end of 2018.

"This project, along with the Continental Free Trade Area in Africa and the visa facilitation initiative, are three African Union Agenda 2063 flagship projects that will accelerate aviation growth across the continent and have the potential to provide better than forecast economic growth," said Steele.

"However, this project relies on effective implementation from governments, working with the industry, to succeed."

In his view, if African airlines can leverage the digital revolution and achieve world class customer service, and governments support with better infrastructure, lower costs, and pushing forward the SAATM, then African aviation will leap ahead of the rest of the world.

Air travel in Africa is expected to continue to grow at about 4.9% per year over the next two decades.

This increase will, in turn, drive growth in economic output and the jobs that are supported by the air transport industry over the next 20 years.

Oxford Economics forecasts that by 2036 the impact of air transport and the tourism it facilitates in Africa will have grown to support 9.8 million jobs (60% more than in 2016) and a $159bn contribution to GDP (a 184% increase).

"Aviation helps to bind Africa together…and it takes African exports to the world. Whether its fresh agricultural produce, manufactured goods, or creative and cultural endeavours, it is air transport that makes the difference for Africa," said Steele. See all newsletters
Voting Booth
Do you think it was a good idea for the government to approach the IMF for a $4.3 billion loan to fight Covid-19?
Please select an option Oops! Something went wrong, please try again later.
Yes. We need the money.
11% - 986 votes
It depends on how the funds are used.
74% - 6544 votes
No. We should have gotten the loan elsewhere.
15% - 1367 votes
Previous Results
Covid-19 Money Hub
Covid-19 Money Hub - answering your business and money questions during the crisis