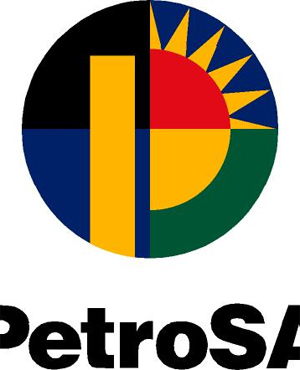 Briefing Parliament’s energy committee on Tuesday, PetroSA also admitted to paying bonuses to ten top managers, totalling R17.3m. The bonuses were paid to retain top staff and were not linked to their performance at the entity. The recipients were managers responsible for the botched Project Ikhwezi, reports Fin24's sister publication Netwerk24.

Acting chief financial officer Webster Fanadzo told MPs that PetroSA’s impairment will grow with a further R1.1bn, as the state-owned entity’s assets will be overstated at the end of the financial year.

Fikile Majola of the African National Congress, chairperson of the portfolio committee on energy, wanted to know if anyone is being held accountable for the losses, a substantial amount of which was ascribed to Project Ikhwezi.

Previously, PetroSA said the impairment of R14.5bn, which led to the substantial losses, was ascribed to poor management of the project which entails the finding of new gas deposits under the sea off Mossel Bay to feed PetroSA’s Mossel Bay gas-to-liquids refinery.

Three out of the five drilling wells yielded a modest 25 billion cubic feet of gas out of an expected 242bn cubic feet. In the mid-2000s PetroSA still had a cash balance in excess of R10bn, but the project has since put its balance sheet under considerable pressure – to such an extent that the Mossel Bay refinery risks closure in March next year.

Project Ikhwezi was expected to deliver the first gas in March 2013, which would have extended the refinery’s lifespan to 2019. However, the first deposits were only available some 21 months later by December 2014. A number of top executives were fired due to the failed project.

The situation was made worse by the drop in oil prices since 2014, as well as higher capital costs.

According to the report, Project Ikhwezi wasn’t subjected to the required due diligence and corporate management processes because of the urgency to deliver gas to the Mossel Bay refinery.

Luvo Makazi, chairperson of the Central Energy Fund, told Parliament on Tuesday that the technical report on Ikhwezi confirmed that the planned gas volumes had never been found and that the project was further hampered by poor management and oversight.

MPs were shocked to hear that no one would be held responsible for the situation the state-owned entity finds itself in. The former group CEO and the former group finance chief were dismissed and offered severance packages, while another top manager was moved to a junior post.

#PetroSA acting chair just said bonuses had to be paid despite company losses as bonuses were not linked to performance! Have u ever?!? #WTF

Bhekabantu Ngubane, acting chair of the PetroSA board, said he was satisfied that the losses incurred had never been anticipated.

During question time Ngubane said the bonuses paid to top officials at PetroSA were part of the state-owned entity’s retention scheme. He further said the board had been reluctant to pay the bonuses, but that it obtained two legal opinions which stated that it had no choice but to pay out the bonuses.

Frans Baleni, also a PetroSA board member, added that a once-off amount of R25m was paid as a form of “goodwill” to workers who went on strike after hearing about the bonuses paid to management.

The PetroSA board is expected to appear before Parliament next week to give details of their turnaround strategy.