PetroSA saved (for the moment) 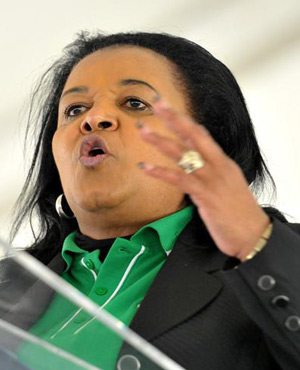 State-owned oil company PetroSA was been saved from an imminent R7.4 billion cash crunch by the minister of environmental affairs, Edna Molewa.

On Friday Molewa gazetted an amendment to the financial provisioning regulations of the National Environmental Management Act.

It gives companies with offshore oil or gas exploration or production rights granted before 2015 an additional five years to put up the cash for their rehabilitation obligations. Up to 2024 these rights holders will be deemed to be compliant, even if they are not.

The deadline had been set for 2019, and PetroSA was virtually guaranteed to require a bailout as a result.

The company was R7.4 billion short on its R9.6 billion rehabilitation liability, and had total cash of only R2.4 billion at the end of its previous financial year.

It also suffered a net loss of R1.4 billion.

An official familiar with the company told City Press the amendment will help, but also revealed that PetroSA “has bigger problems”.

The oil rights to which the rehabilitation funding relates are old, non-producing assets, which means PetroSA still needs to find the money somewhere else.

The government owns PetroSA via the Central Energy Fund, which would be obliged to provide cash if and when PetroSA is forced to make good on its liabilities.

PetroSA spokesperson Tumoetsile Mogamisi could not respond on Friday, and the department of environmental affairs did not respond to questions. - Dewald van Rensburg