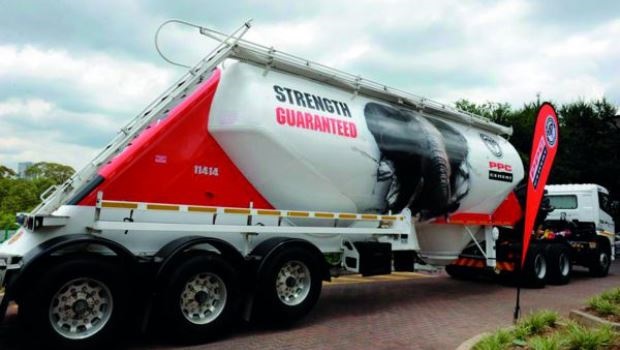 Cement maker Pretoria Portland Cement (PPC) has reached a settlement agreement with the Competition Tribunal on the cement cartel case, bringing a matter that stretched over 12 years to an end.

The agreement comes after the Competition launched a probe into anti-competitive behaviour in the cement industry, in 2008. PPC, along with competitors Lafarge, AfriSam, and Natal Portland Cement Cimphor (NPC), allegedly agreed to divide the South Africa, Lesotho, Botswana, Swaziland and Namibia markets in 1995.  The divisions were based on market shares the four companies held during apartheid when South Africa had a lawful cement cartel.

The companies allegedly reached their agreement to divide the markets in a series of meetings that were held locally and abroad in countries like Paris and Zurich. After a price war, they entered into more collusive agreements between 1998 and 1999, the Tribunal said. The commission’s investigation resulted in raids of the companies’ offices in 2009.

PPC applied for immunity from prosecution, following the raids, admitting to collusive behaviour and implicating its three competitors. The company was granted leniency by the commission for assisting it to prosecute the three companies.

In 2011, AfriSam paid an administrative penalty of R124.8 million, while Lafarge settled with R148.7 million the following year, for their roles in the cartel.  Both companies had agreed to cooperate with the commission against NPC but the tribunal dismissed the case against the cement producer last year.

On Wednesday, in a statement, the Tribunal said it would provide details on the agreement in due course.

“PPC undertakes that it will not engage in price fixing or any form of prohibited conduct in the future and commits to competitive pricing going forward,” said the Tribunal in its statement.

We live in a world where facts and fiction get blurred
In times of uncertainty you need journalism you can trust. For only R75 per month, you have access to a world of in-depth analyses, investigative journalism, top opinions and a range of features. Journalism strengthens democracy. Invest in the future today.
Subscribe to News24
Related Links
Cement cartel to face civil damage charge
Muted demand pushes cement producer PPC to major loss
Cement maker PPC delays results once again after discovering accounting errors
Next on Fin24
Labour Court dismisses NUMSA application against kulula.com owner, as BA bookings reopen