The terminal - designated as a strategic project - is the first to be implemented under the government’s Operation Phakisa and is expected to give the local economy a R650m boost. 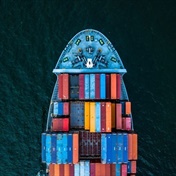 See all newsletters
Voting Booth
Do you think it was a good idea for the government to approach the IMF for a $4.3 billion loan to fight Covid-19?
Please select an option Oops! Something went wrong, please try again later.
Yes. We need the money.
11% - 1312 votes
It depends on how the funds are used.
73% - 8653 votes
No. We should have gotten the loan elsewhere.
16% - 1906 votes
Previous Results
Covid-19 Money Hub
Covid-19 Money Hub - answering your business and money questions during the crisis