Johannesburg - Energy and chemicals group Sasol [JSE: SOL] said on Monday headline earnings per share (Heps) showed a 17% increase in the six months to end-December 2017, above market guidance on the back of a higher oil price.

Joint president and CEO Bongani Nqwababa said Sasol’s strong set of interim financial results was largely underpinned by higher crude oil and product prices. In addition, increased demand for the group’s specialty chemical products and a solid operational performance across the value chain all contributed to the group’s steady growth.

“Our sustained focus on cost, cash and capital conservation drove a largely strong set of results, notwithstanding continued macro-economic volatility,” he said.

The petrochemical giant said Heps rose to R17.67  in the last six months, while it declared a dividend of R5.00 per share, up 4% from last year at the same time. But earnings per share (EPS) dropped by 21% to R11.29. Earnings attributable to shareholders decreased by 20% to R6.9bn from R8.7bn in the prior comparable period.

Nqwababa explained that EPS was negatively impacted by the scrapping of Sasol's US gas-to-liquids project amounting to R1.1bn (US$83m) and a partial impairment of the Canadian shale gas assets of R2.8bn (CAD281m).

Normalised operating profit for the full financial year was estimated at between R3bn and R5bn.

Sasol admitted that its sales were impacted by supply chain bottlenecks in December.

Performance chemicals increased by 3%, with base chemicals slowing by 1%. Liquid fuel sales volumes dipped by 3%.

While the recent recovery in global oil and product prices positively impacted Sasol’s results, Nqwababa pointed out that this was offset by operational challenges at its Natref plant in Sasolburg as well as its mining operations, currency effects and poor economic conditions in South Africa.

Natref’s production volumes were down 21% owing to plant shutdowns and an unexpected Eskom electricity supply interruption at the start of the financial period.

The current buoyant mood in South Africa gave the company hope of an overall strong operational performance for its year end in June, Nqwababa said. 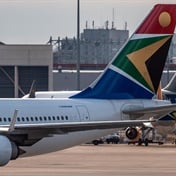 See all newsletters
Voting Booth
How has Covid-19 impacted your financial position?
Please select an option Oops! Something went wrong, please try again later.
I'm not really directly affected
18% - 2063 votes
I am taking a hit, but should be able to recover in the next year
23% - 2673 votes
My finances have been devastated
35% - 4027 votes
It's still too early to know what the full effect will be
25% - 2886 votes
Previous Results
Covid-19 Money Hub
Covid-19 Money Hub - answering your business and money questions during the crisis