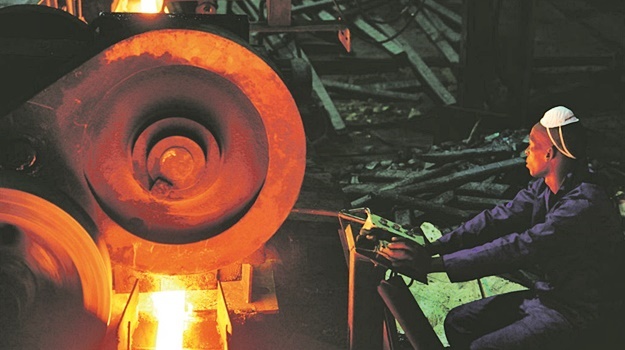 A surprise uptick in steel demand, after months of a lull in activity, prompted ArcelorMittal to continue running its Vereeniging operations, which were scheduled to be put under care and maintenance at the end of December 2020.

The steel producer, which is the largest in Africa, said on Thursday it will increase output from its electric arc furnace in the short term, with the possibility of maintaining these levels based on future demand.

The furnace, also known as the Vaal Meltshop, has received a boost from an "unexpected and sudden increase" in demand in South Africa and Africa overland markets, according to ArcelorMittal.

"With the Vaal Meltshop fully operational and supplementing our three blast furnaces in Newcastle and Vanderbijlpark, we expect that we will be more than able to meet the steel requirements in South Africa and neighbouring countries in the coming months," said CEO Kobus Verster.

ArcelorMittal supplies more than 60% of the steel used in South Africa.

The steel demand had hit a slump in 2020, with Covid-19 lockdowns contributing to the low domestic demand. ArcelorMittal responded to the downward trend in July last year by temporarily idling furnaces at Vanderbijlpark and Vereeniging until demand for steel had recovered.

The producer said placing the Vaal Meltshop under care and maintenance would have potentially led to some 85 job losses, while keeping the plant running could add jobs.

The Vereeniging operation had been running at about half its capacity in recent years and the company said pushing it to full capacity would mean a significant increase in billet production.

This will be used for specialty input material to the Gauteng operations, including Leeuwkuil Mill, tubular products, the forge operations and the small section mill in Tshwane.

We live in a world where facts and fiction get blurred
In times of uncertainty you need journalism you can trust. For only R75 per month, you have access to a world of in-depth analyses, investigative journalism, top opinions and a range of features. Journalism strengthens democracy. Invest in the future today.
Subscribe to News24
Related Links
ArcelorMittal restarts Africa's largest steel plant ahead of schedule on higher demand
ArcelorMittal SA to begin 'large-scale' restructuring as pandemic dampens steel demand
ArcelorMittal gets the go-ahead to buy steel manufacturer
Next on Fin24
Nearly a year after its share price tanked, Sasol says its turnaround is delivering

See all newsletters
Voting Booth
Have you claimed the interest on your rental deposit?
Please select an option Oops! Something went wrong, please try again later.
Yes, and I've gotten it.
21% - 1028 votes
No, I did not.
52% - 2566 votes
My landlord refused
28% - 1382 votes
Previous Results
Covid-19 Money Hub
Covid-19 Money Hub - answering your business and money questions during the crisis